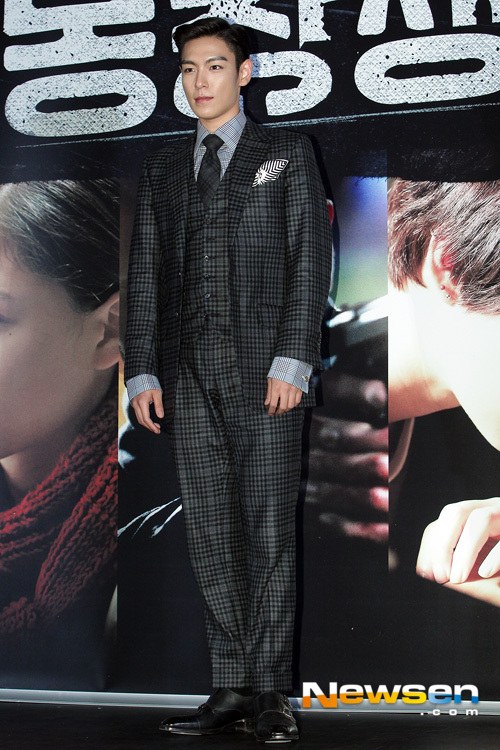 Choi Seung-hyun, also known as TOP, was seen at the production preview of the movie "Commitment" in Seoul on the 29th in a suit looking charismatic, when he suddenly brought out the comedian in him.

Choi Seung-hyun suddenly stepped forward to pose like Superman and everyone started laughing. He posed like Superman for several reporters who asked to take pictures.

He seemed quite nervous standing in front of everyone as an actor but couldn't hide the idol in him and Han Ye-ri and Kim Yoo-jung next to him could hardly keep from laughing.

Netizens say, "He's still handsome", "He's good looking alright", "It looks like a scene from the movie", "Choi Seung-hyun, I can't wait until the movie is out", "I wish the release date was sooner", "I thought someone had made him do that but that was just out of his own free will" and more.

Meanwhile, Choi Seung-hyun takes on the role of Lee Myeong-hoon who risks his everything to protect his one and only sister. To be released on the 6th of November. 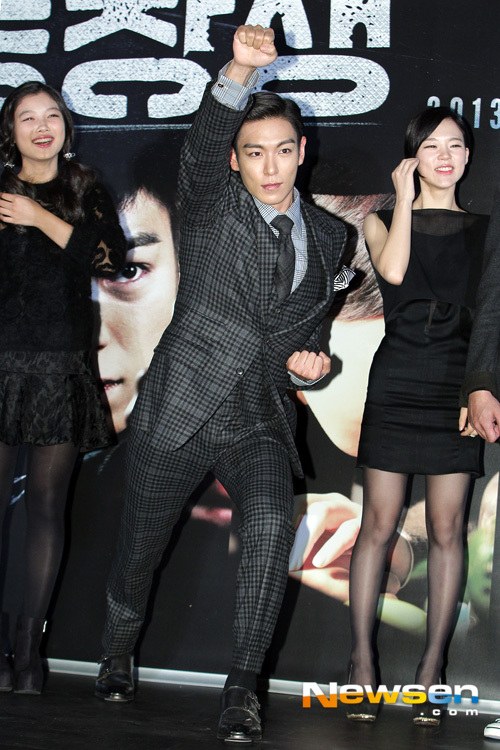 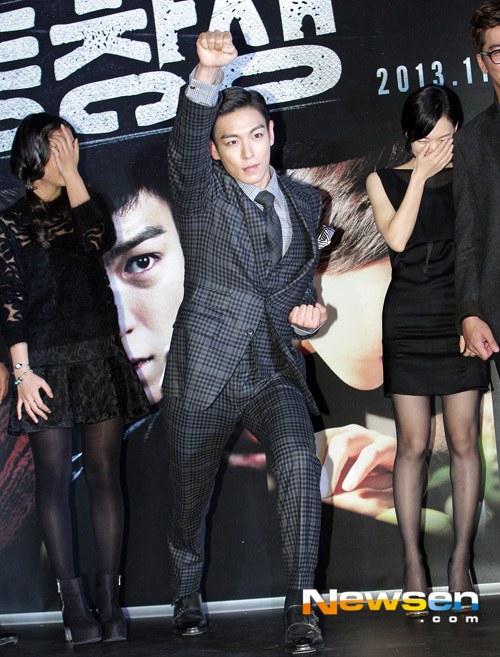 "Choi Seung-hyun's triple pose on stage"
by HanCinema is licensed under a Creative Commons Attribution-Share Alike 3.0 Unported License.
Based on a work from this source