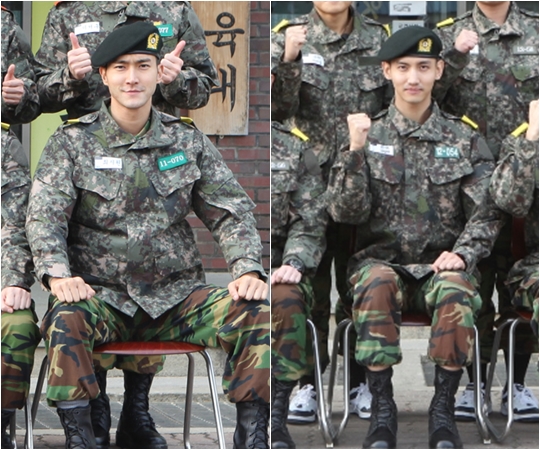 The photos of Choi Si-won and Changmin, who enlisted at the same time, have been revealed.

In the photo revealed on the official website of Korea Army Training Center, Choi Si-won and Changmin look happy and manly. Changmin with his clear-cut face features and Choi Si-won, reminding of the image of the dissembling Ttol reporter from his recent drama, "She Was Pretty", made the fans seeing the photos happy.

Choi Si-won and Changmin enlisted together on November 19th. They will serve as a conscripted policeman of which service is equivalent to a regular military service, after having finished the fundamental army training there..

"Choi Si-won and Changmin doing well in training camp"
by HanCinema is licensed under a Creative Commons Attribution-Share Alike 3.0 Unported License.
Based on a work from this source