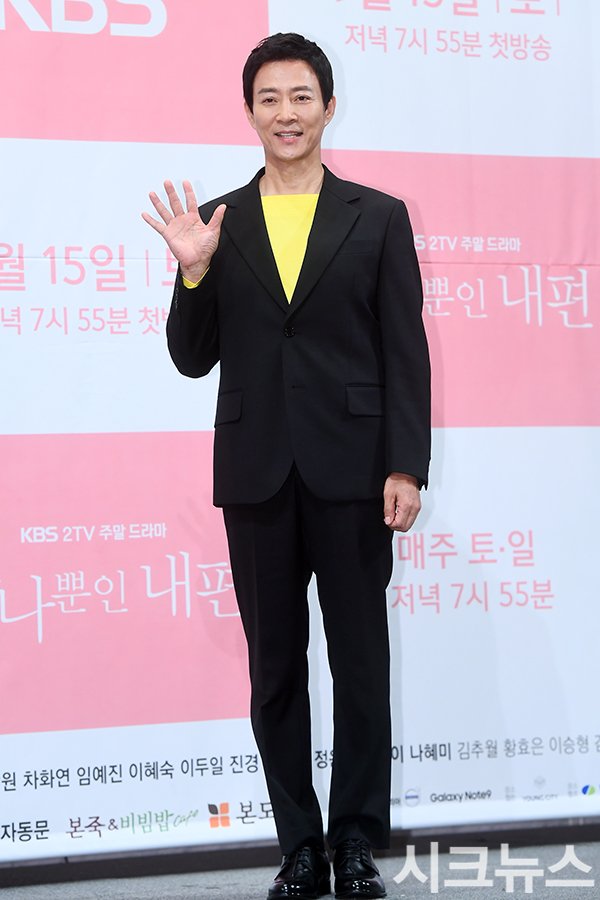 Choi Soo-jong's performance in "My Only One", the recently completed weekend drama that almost hit 50%, has won him recognition.

Choi Soo-jong starred in the KBS 2TV drama "My Only One" as Kang Soo-il.

Before this, he was better known as a historical drama actor. He starred in dramas such as "Dae Jo Yeong", "Emperor of The Sea", and more. Therefore, viewers wondered how he was going to play Kang Soo-il, a father seeking to protect his daughter.

Choi Soo-jong defied viewer expectation and performed well from the very beginning. His eyes and expressions made him a father that missed his daughter very much. When he cried in guilt or cried in injustice, it seemed real.

As the drama carried on, the more this 32-year veteran actor's talent and experience shone as he played a romance with with Jin Kyung (Na Hong-joo).

Thanks to Choi Soo-jong's hard work, the face of father figures in weekend dramas is now different. He represented the 4050 breadwinners of the modern generation.

The reason Choi Soo-jong is so popular is because of his ability to blend the story and character. His acting alone is said to have been enough to give the lyric of Kang Soo-il's character "probability" and "persuasive" powers.

"Choi Soo-jong From "My Only One" Becomes the Face of Fathers Everywhere"
by HanCinema is licensed under a Creative Commons Attribution-Share Alike 3.0 Unported License.
Based on a work from this source