Choi Soo-young, Bae Suzy and IU to take over the screens 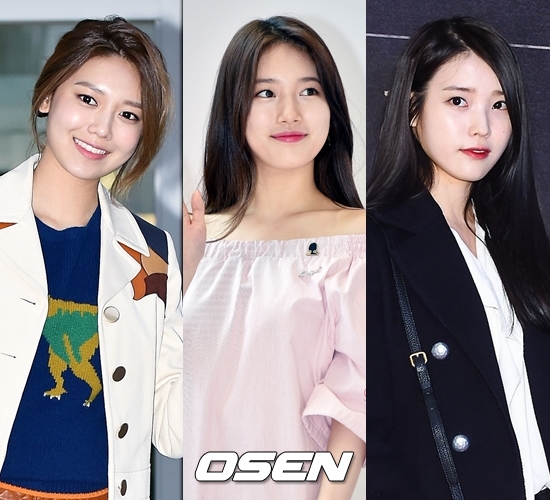 It's going to be heated summer. It's a time where pre-produced dramas are coming out and several actors and star writers are making a comeback. What draws attention the most are the actor-turned singers. Some of them are Bae Suzy from Miss A, Choi Soo-young from Girls' Generation and IU.

Choi Soo-young is coming back with the new OCN drama "Squad 38" as a tax collector named Cheon Seong-hee. The drama is about tax collectors joining hands with frauds and getting money off of delinquent tax payers. Other casts include Seo In-guk and Ma Dong-seok.

Cheon Seong-hee is a public worker who collects taxes equally and fairly from those rich or poor. She does her best to do her job but con-man Yang Jeong-do (Seo In-guk) gets in the way and forms an awkward relationship.

Choi Soo-young has already starred in the 2014 MBC drama "My Spring Days" as Lee Bom who goes through a heartwarming romance.

Bae Suzy is starring in the new KBS 2TV drama "Uncontrollably Fond". It's been a big deal because of writer Lee Kyeong-hee's comeback but it's pitched anticipation to the maximum because of Lee Min-ho and Bae Suzy's featuring.

"Uncontrollably Fond" is a love story about a man and a woman who parted on bad terms but reunited as a super star and a documentary producer. The drama stars Kim Woo-bin and Bae Suzy as the superstar and producer.

In the recent teaser, the two seem mature than before, Kim Woo-bin suggests to Bae Suzy to be a couple for just 3 months and Bae Suzy is looking at him stunned.

IU's role of Hae-soo, is a 21st century bold girl who makes the path to her own fate. Lee Joon-gi takes on the role of Wang So.

IUstarted off with the 2011 KBS drama "Dream High" and continued on to "Pretty Boy", "Lee Soon-sin is the Best" and more. She's been reviewed to be a good actress so her comeback with "Scarlet Heart: Ryeo" is being anticipated by many.

"Choi Soo-young, Bae Suzy and IU to take over the screens"
by HanCinema is licensed under a Creative Commons Attribution-Share Alike 3.0 Unported License.
Based on a work from this source