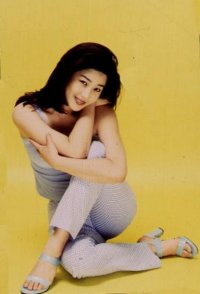 Actress Choi Yoon-young-I, 35, married a businessman who is three years her junior in the U.S. earlier this summer. They had a private wedding with only a few family members and relatives present in Manhattan on July 2. The previous month she gave birth to a baby girl.

Choi and her husband have been long-time friends, knowing each other for over 10 years, according to a close acquaintance of the actress.

Choi, a graduate in business from Boston University, was a runner-up in the 1995 Miss Korea beauty pageant. She made her acting debut that year and has had an active career, including an appearance in the 2005 film "My Boss, My Teacher". In 2004, she launched a yoga video and opened her own yoga studio.