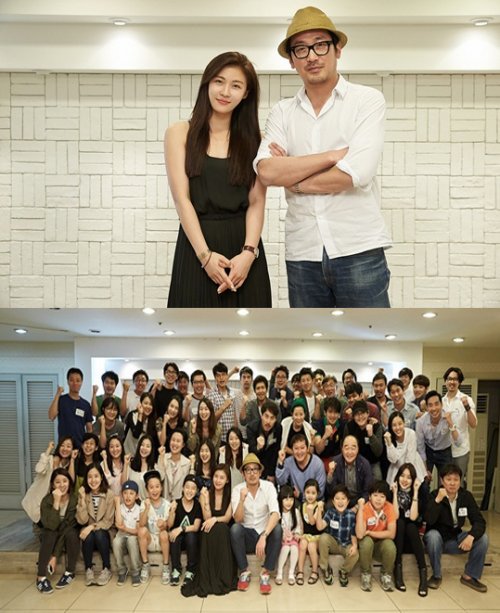 The cast has been decided for the movie "Chronicle of a Blood Merchant".

The cast and crew members gathered together on the 22nd for their first script reading and all hoped for a successful film.

"Chronicle of a Blood Merchant" is based on a best-selling novel about a merchant couple and their three sons.

Meanwhile, the novel "Chronicle of a Blood Merchant" was awarded several prizes such as the James Joyce Fund, a literature prize from Italy, American Vans and Nobel's Upcoming Writer prize.

"Chronicle of a Blood Merchant" cranks in on the 3rd of March.

""Chronicle Of A Blood Merchant", featuring Ha Jung-woo, Ha Ji-won, Yoon Eun-hye and more"
by HanCinema is licensed under a Creative Commons Attribution-Share Alike 3.0 Unported License.
Based on a work from this source