Chun Jung-myung: 'I Am Walking on Clouds' 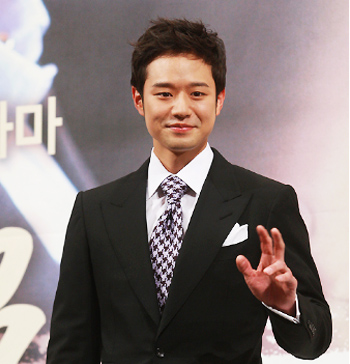 Actor Chun Jung-myung held his second fan meeting at U-Port Hall in Tokyo, Japan on July 24, and he spent a pleasant time with his Japanese fans during the fan meeting which was held after an eight-month break. Chun Jung-myung revealed his feelings about holding fan meetings, saying, "I am really happy and I feel like I am walking on a cloud".

He has reportedly worked out and gained twelve kilograms for his next work. He said that he will choose his next work to appear in after thorough consideration because he wants to present a different appearance in his next work. 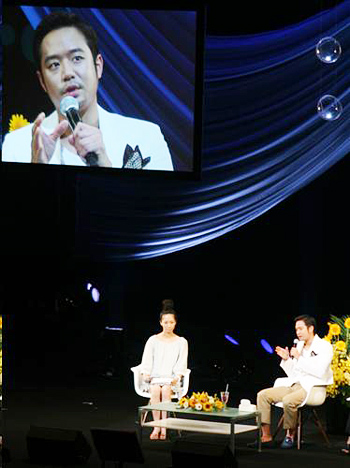 He also unveiled an episode about being thrown from a horse when he filmed his recent work entitled "The Duo", in which he played a character named Cheon Doong. In addition, he participated in various events during the fan meeting, such as suggesting stylish clothings, answering quiz questions, and carrying out fans' wishes on the spot. 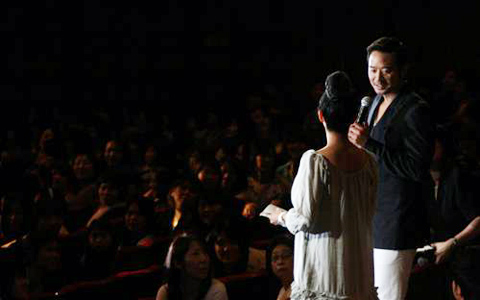 He mentioned that he liked his fans the most, and he received favorable responses from his fans as he walked down from the stage to his fans' seats and introduced a specially produced video to his fans on the portable stage built at the center of the venue. 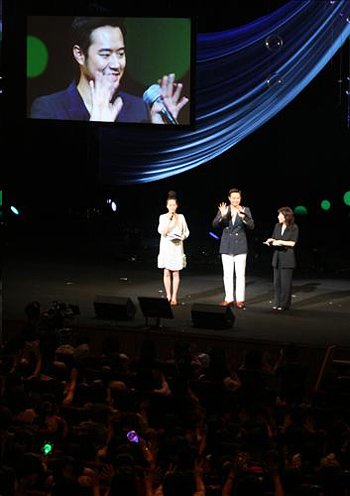 Chun Jung-myung has gained huge popularity in Japan with his appearances in dramas such as "Fashion 70s", "Fox, What Are You Doing ??", and "Cinderella's Sister". He opened his official Japanese fan club website (http://www.jeong-myoung.jp) last year, and he held his first fan meeting in Japan last year in November.

"Chun Jung-myung: 'I Am Walking on Clouds'"
by HanCinema is licensed under a Creative Commons Attribution-Share Alike 3.0 Unported License.
Based on a work from this source