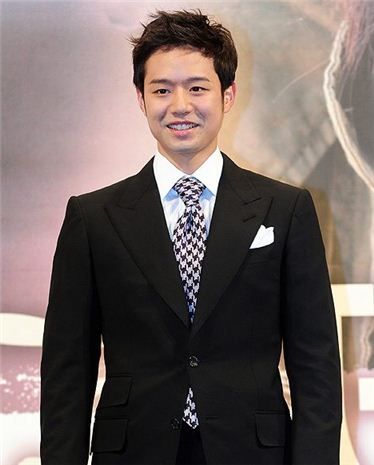 Korean actor Chun Jung-myung has joined the cast of a film noir drama film also starring top actor Song Kang-ho and actress Sin Se-gyeong, his first time to take on a big screen role since being discharged from the military late last year.

The film's distributor CJ Entertainment announced in a press release on Wednesday that Cheon will be playing a character who remains loyal to his gang's boss (played by Song) even after he retires while also developing feelings for Se-bin, to be taken by actress Sin, who approaches the boss with the intention of killing him.

The upcoming movie, tentatively titled "Hindsight", will be helmed by noted filmmaker Lee Hyun-seung, who is known for his other film noirs including "Il Mare (2000)", "If You Were Me 4" (2009) and "Enlightenment Film" as a producer (2009).

Cheon, 29, made his break into the entertainment industry with his role in KBS's drama "School 2" (1999). He has appeared in other small screen roles such as SBS' "Fashion 70s" and most recently in KBS' "Cinderella's Sister" with Korean actress Moon Geun-young.

Filming for "Hindsight" will begin this summer.

"Chun Jung-myung cast in upcoming film noir"
by HanCinema is licensed under a Creative Commons Attribution-Share Alike 3.0 Unported License.
Based on a work from this source