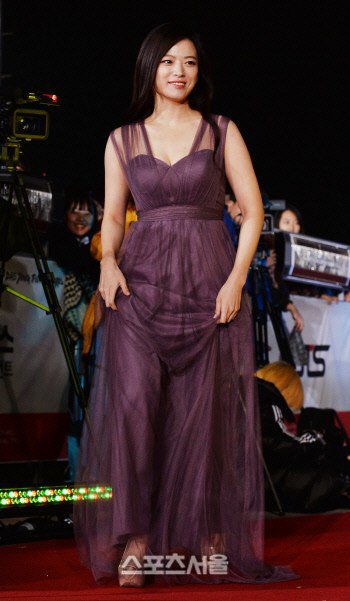 While 'Han Gong-ju's a leading actress, is being celebrated, the backstory of Chun Woo-hee's contract with her agency, 'Namoo Actors', is growing public interest.

When Chun Woo-hee appeared on the tvN talk show, 'Field Talk Show, Tax' she shared her story about her and Won Bin's acquaintance through the movie 'Mother'.

Chun Woo-hee said 'I thought he was just a handsome actor on TV, but later I became a fan. He has a great personality. When I call him to say hello, he's always nice and answers my call. When I called the last time to ask for some advice on choosing an agency, he himself researched for me".

Won Bin shared detailed information about each agency, along with his own experiences. She complimented him saying, "Even though it's been a while since we appeared in the same movie, he still took care of me. Since he is an A-list star, I thought I would not be able to contact him after time had passed, but he was unchanging".

Chun Woo-hee conducted serious deliberation considering Won Bin's advice, she finally drew a contract with 'Namoo Actors', where Moon Geun-young and Shin Se-kyung reside. She commended 'Namoo Actors' and their clean image. She noted its many talented actors and the professional environment, prioritizing their actors' involvement with multiple projects.

"Chun Woo-hee shared backstory on choosing agency, 'Namoo Actors' following Won bin's advice"
by HanCinema is licensed under a Creative Commons Attribution-Share Alike 3.0 Unported License.
Based on a work from this source