Chungmuro, the girls are coming 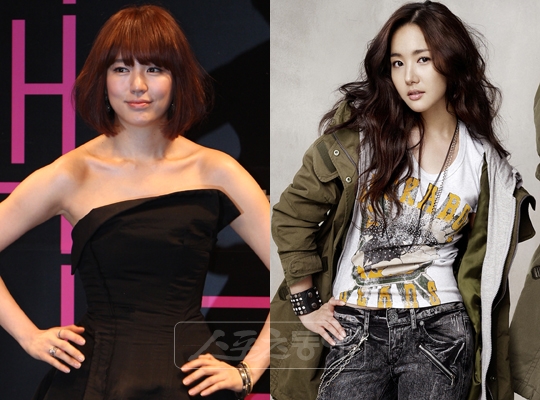 Actresses in their 20s are heading for a shift in generation on Korean screens.

Last year, Chungmuro went through 'lead actress famine'. This year it's different. Yoon Eun-hye, Park Min-young, Lee Si-young, Kim Ji-won and other strongly characterized actresses have got the lead roles in movies for the first time since their debuts. Based on their popularity they gained so far, they are taking the next step and taking a challenge in movies.

Yoon Eun-hye, called the "romantic woman" in dramas, continues her lovely character in a movie. Coming this 24th, in "My Black Mini Dress" she plays a vain college girl in the Department of Theater and Film.

This is the second time she's in a movie after "The Legend of Seven Cutter" before she was popular in dramas. After her first screen debut, she succeeded in dramas like "Princess Hours" and "Coffee Prince" and whether or not she will succeed in this movie is a matter of issue.

Park Min-young, Lee Si-young and Kim Ji-won are also actresses looked forward to. The movies they are doing will be released one by one starting at the end of this month.

"Sungkyungwan Scandal" actress Park Min-young who rose to stardom, will haze to screens with lead role in horror flick "Cat". Due this June or July, "Cat" is about a girl who works in a pet store, meeting a mysterious cat and going through horror. Park Min-young, will lay out her various experience from sitcom to mellow and horror on the screens.

Lee Si-yoeug who is an amateur boxer will meet audiences in movie "Clash of the Families" this 31st. She was in movie "Descendants of Hong Gil-dong" in 2009 but this is the first time she has the lead role.

Kim Ji-won is still an unfamiliar rookie compared to those mentioned above. However, she let herself known through commercials and shows potential. Director Jang Jin had his eyes on her and put her in the movie "Romantic Heaven" due later this month.

"Chungmuro, the girls are coming"
by HanCinema is licensed under a Creative Commons Attribution-Share Alike 3.0 Unported License.
Based on a work from this source