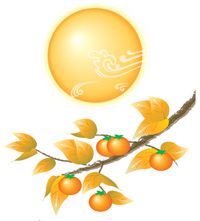 Chuseok is the time for migrating home en masse, or for couch potatos and film buffs, the perfect chance to camp out in front of the screen. A couple of date movies open the autumn lineup for the box office while TV networks are offering a colorful array of
programs for the big holiday and travelers can even tune into fun programs en route through IPTV, to make the long road trip less grueling.

Chuseok is the time for migrating home en masse, or for couch potatoes, the perfect time to camp out in front of the screen. TV networks are offering a colorful array of programs for the big holiday and travelers can even tune into fun programs en route through IPTV, to make the long road trip less grueling.

Major television networks KBS, MBC, SBS, EBS and the English channel Arirang TV are gearing up for one of the biggest holidays in Korea, albeit amid lingering doubts whether they are properly prepared for the annual occasion. Some have, while others simply repackaged their shows into a bundle of Chuseok specials.

While cable channels steal the spotlight with smart and original programs, it takes more these days to captivate viewers and hopefully, networks will learn some lessons after the holiday season is over.

KBS is aiming to schedule programs fit for the whole family, from middle-aged mothers, seniors, students and children, a clever distinction from other networks. The documentary "Mother and Daughter" (Sept. 23, 7:30 p.m.) will reevaluate the true meaning of maternal love as a mother and daughter journey to Wando, South Jeolla Province, while numerous regional documentaries aim to showcase the essence of Korean tradition and culture. Through shows such as "Global Family" (Sept. 22, 6 p.m.), KBS is also looking to introduce the friendlier side of such families and also help them more easily fit into local society, especially during the holiday season.

Fellow network SBS will be a festival of entertainment shows. "Story Show" (Sept. 20, 11:10 p.m.) will bring back actor Lee Deok-hwa as a host for the first time in 20 years, while "Star Real Match" (Sept. 21, 6:15 p.m.) will show never-before-scenes from dramas, music videos and movies hosted by top comedians Shin Jai-ho and Lee Soo-geun. "Fantastic Star Couples" ( Sept. 22, 6:15 p.m.) will match up some of the most popular idol stars together and have them compete in various games, quiz shows and contests and also have some of the stars show off their singing and dancing skills.

As an education channel, EBS is planning to offer some of its best documentaries, including "Koreanosaurus" (Sept.21, 11:10 p.m.) and "Mankind of the Korean Peninsula" (Sept. 23, 11:10 p.m.) perfect to please both the younger and older crowd.

"Koreanosaurus" features the dinosaurs that roamed the peninsula 80 million years ago. Filmed in New Zealand, the program offers the heartwarming story of a Tarbosaurus, from birth to old age. The documentary was also screened in 3D last year, and although the show will not be able to boast its 3D imagery on the small screen, viewers will get to learn and enjoy the life and challenges Korean dinosaurs went through.

Viewers can also get a glimpse of the first inhabitants of the Korean peninsula through the documentary "Mankind of the Korean Peninsula". The program received rave reviews after its first airing last June, with convincing computer graphics and an interesting storyline where the first species of man, also known as homo erectus, journeyed around Korea hunting mammoths, making tools and struggling to survive.

From Sept. 20 to 24, the English network will offer each of the works made by the directors.

The topics range from mystery, travel to documentary and trendy city life and the network is expected to blow a breath of fresh air in terms of film to viewers all around the world.

"Chuseok: prime time for couch potatoes"
by HanCinema is licensed under a Creative Commons Attribution-Share Alike 3.0 Unported License.
Based on a work from this source