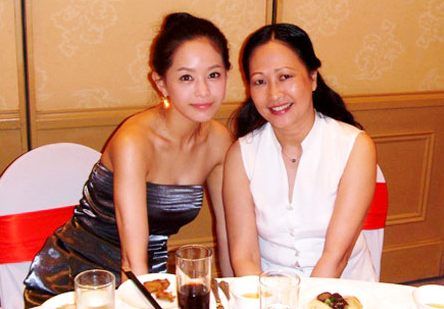 In celebration of the 16th anniversary of diplomatic relations between Korea and Vietnam, the Second Korean Film Festival took place May 8-10 in Hanoi, drawing hordes of local fans. The pop culture exchange is expected to thrive even more with a possible joint project to build a huge studio in Vietnam as well as the establishment of a major Korean multiplex movie theater's first Vietnamese branch.

Some 40,000 tickets for the screenings were sold before the inauguration, according to Seoul Daily Newspaper, one of the sponsors of the event along with the Korean Embassy and Korean Cultural Center in Vietnam and the Vietnamese Ministry of Culture, Sports and Tourism.

The grand opening ceremony was attended by top Korean stars, including director Yim Soon-rye, whose film "Forever the Moment" opened the festival. Lim pointed out how Vietnamese cinema is being introduced to the Korean audience as well, like through the special section in the recently held Jeonju International Film Festival. The lush cultural and geographical landscape of Vietnam also appeared in domestic productions like "Muoi : The Legend of a Portrait", a " beautiful " horror story featuring up and coming Korean actresses.

Special guests of the festival were actresses Lee Young-ah and Nhu Quynh. The former played the daughter of the latter in a popular Korean TV series, "Golden Bride". The Korean starlet learned Vietnamese for her role as a foreign bride in Korea. The drama was noted for tackling not only the issue of international marriage but also that of Lai Tai Han, children fathered ― and usually abandoned ― by Korean soldiers during the Vietnam War. Reuniting with her "Mother", Vietnam's veteran actress, Lee said that she's still asked by people if she's Vietnamese.

Bada, former lead vocalist of pop trio S.E.S and honorary ambassador for Seoul City, took to the stage for the opening event. In addition to performing her hit songs, Bada expressed her fondness of Vietnam and how she always ate pho or Vietnamese rice noodles at least once a week. Popular boy band Paran also wooed the crowd and video footage of the festival showed local female fans holding up signs and posters to cheer the singers.

Also onstage were their Vietnamese counterparts, pop stars Ho Quynh Huong and Ngo Thanh Van. Huong, known as the "Lee Hyori of Vietnam", will be representing Vietnam at the Beijing Summer Olympics opening ceremony. The 28-year-old was quoted as saying in an interview with Seoul Daily that it was "a great honor" to be compared to Lee, a Korean pop diva, and expressed her big dreams of one day debuting in Korea.

Hoang Tuan Anh, Vietnamese minister of Culture, Sports and Tourism, was quoted as telling reporters during the festival that the event showcased the advancement of the Korean film industry and that it strengthened the positive impression the Vietnamese people have of Korea and Koreans.

The minister also spoke about a possible joint-project with the Korean Film Council. The Vietnamese government is drawing up a 450-million-dollar budget to build a large film studio in Vietnam that will be six to seven times the size of Korea's Namyangju studio. It will go into construction later this year, to be completed by 2012, and talks with Korean partners are in progress.

"It's a natural phenomenon that two countries sharing common attitudes toward history, culture and lifestyle influence each other", he was quoted as saying by the local press. "As much as we understand Koreans' deep love for their traditions, there can be no criticism about hallyu (the Korean wave)", he said.

Meanwhile, Lotte Cinema, a major domestic movie theater chain and distributor, announced last Wednesday its plans to open its first Vietnamese branch in Ho Chi Minh City. It is the first Korean theater to reach Vietnam, even though CGV and Megabox have theaters in China.

Actresses Lee Young-ah, left, and Nhu Quynh reunite at the opening ceremony May 8 of the 2008 Korean Film Festival, which was held through May 10 in Hanoi. The Korean starlet starred as the daughter of the Vietnamese veteran actress in "Golden Bride", a Korean TV series about an international marriage. / Yonhap

"Cinema Bridges Korea, Vietnam"
by HanCinema is licensed under a Creative Commons Attribution-Share Alike 3.0 Unported License.
Based on a work from this source