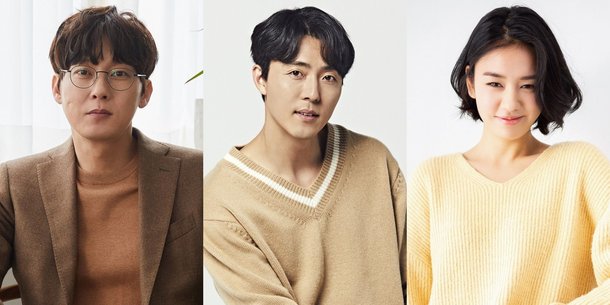 "Citizen Deok-hee" is based on a true story of a housewife in her 40s who has been a victim of phone fraud, using all sorts of methods to catch the leader of the voice-fishing organization.

First, actor Park Byung-eun, who has shown dense acting regardless of genre and character, will join the cast. He shows his shrewd charisma as Min Chi-rok, in "Kingdom Season 2" which caused an explosive syndrome and this time, he will play detective Park, an intelligence team detective who is one step behind both investigation and arrest as Deok-hee.

In addition, Lee Moo-saeng appears as a figure who puts the 'Deok-hee' group at risk. In the drama "The World of the Married" which created a hot topic, he played Kim Yoon-ki, a neuropsychiatrist, showing his affectionate aspect of going straight for love and charisma of reversal toward his rival. As a luxury actor, curiosity is added to the new face he will show in "Citizen Deok-hee".

Lastly, Ahn Eun-jin joins as Ae-rim, sister to Bong-rim and the leader of action who becomes the eyes and feet of Deok-hee's group. Ahn Eun-jin, who drew attention by showing her fresh chemistry with Yang Seok-hyeong (Kim Dae-myung) as a candid charming Choo Min-ha in the hit drama "Hospital Playlist", is expected to show another charm by choosing "Citizen Deok-hee" as her first commercial film debut.

"Citizen Deok-hee" looks forward to crank up in the latter half of the year.