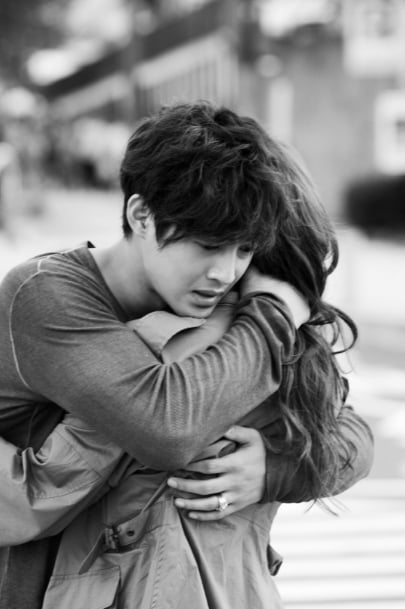 The two were seen hugging each other tightly in a scene for the drama "City Conquest".

This scene was taken in Japan and the touching moment between Baek Miru (Kim Hyun-joong) and Lee Dan-bi (Jung Yoo-mi) was expressed so beautifully.

All in all, the drama tensed up due to the hug and the emotions and seriousness of the situation can be seen through his face. This brings out the curiosity in those who are just dying to see the drama. The situation was one where they had to suddenly bring out their emotions after having run a while but Kim Hyun-joong managed to tear up and the two worked well together.

Apparently all staff were satisfied by their repeated efforts to create a complete scene.

""City Conquest" Kim Hyun-joong and Jung Yoo-mi hug with tears"
by HanCinema is licensed under a Creative Commons Attribution-Share Alike 3.0 Unported License.
Based on a work from this source