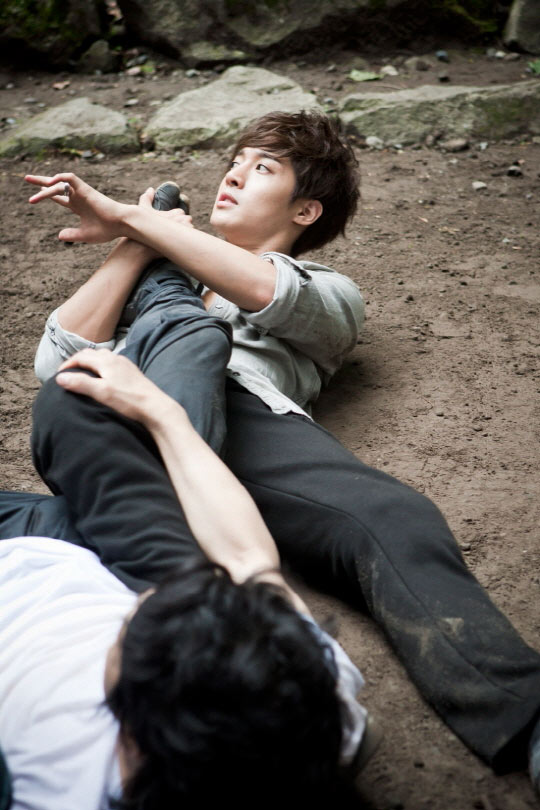 A picture from a scene of the drama was revealed where he conquers his opponent so quickly so that he can't move.

Kim Hyun-joong was covered in mud and rolling on the ground to show his action moves. Apparently he received a round of applause from the staff who were watching him throw his body out there.

He's also reduced his body fat to 7% with extreme exercise and dieting menthods.

Netizen's say, "How can he be so handsome and cool?", "I can't wait to see him in his action scene" and more.

""City Conquest" Kim Hyun-joong's swift actionthanks to extreme work out?"
by HanCinema is licensed under a Creative Commons Attribution-Share Alike 3.0 Unported License.
Based on a work from this source