This suave character is owned by three different people. One, certainly the most inspiring Ryo Saeba from the original manga by Tsukasa Hojo. Two, the most adorable Lee Min-ho. Anyone doesn't know who Lee Min-ho is? Knowing Lee Min-ho is probably like understanding the alphabet for K-drama lovers. The third one is likely the most 'infamous' for our generation. He was one the most hailed womanizer, the greatest shooter, and nonetheless the best actor ever since. He is Jackie Chan.

Created in 1993, 'City Hunter the movie' was once the champion in the Hong Kong box office and earned a massive amount of money. Jackie Chan perfectly played the role as the City Hunter but in a slightly different way with Lee Min-ho. 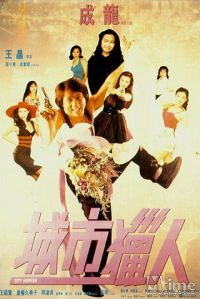 Like it is shown in the poster, Jackie with a big seducing smile and is surrounded by many different pretty women, this movie is emphasizing on the comedy rather than the romance, unlike the Korean "City Hunter". A number of sexy women in the movie also lead it to be categorized as having a quite strong sexual reference. But looking back to the 1993, which is nearly 20 years ago, it was a trend in the entertainment production for having women with sexy and seducing stereotype.

The movie that runs for 105 minutes presents a story about a hijacking on a luxurious cruise and the City Hunter saves the day. There's nothing about the revenge, no a demanding Father like Jin-pyo, and no the multi-talented Lee Min-ho. Well yeah, Jackie was very popular at that time, but I'm Lee Min-ho biased. Probably like most of you as well. Different generation. 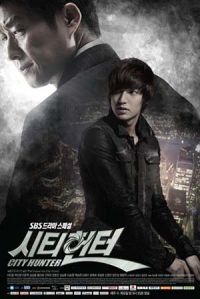 The 2011 "City Hunter" drama is a massive success production. Sit in the first place for several times in the Seoul and even nationwide level has proven its effectiveness for having Lee Min-ho as the main character. Wrong. Not only because of Lee Min-ho, but its interesting plot and action, romance, and having a line of great actors and actress have contributed in making this drama the most watched.

Unlike its alma mater, Korean version of "City Hunter" doesn't have much comedy but instead, it focuses on the action, romance, and family affair. And absolutely women in bikinis aren't the greatest attraction in the movie anymore. Or, maybe I'm wrong. Because the majority of the K-drama lovers are girls, which girl wants to see another girl in bikini? Probably, seeing the fresh face of Lee Min-ho is much more appealing.