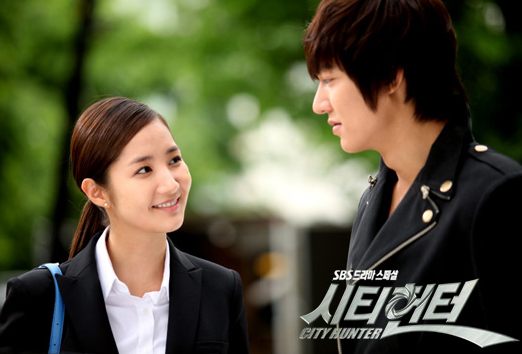 SBS "City Hunter" maintained its top ranking on the verge of breaking through 20%.

According to AGB Nielsen Media Research, "City Hunter" on the 14th rated 19.2%. This is 0.7% lower than the previous day but still overpowering other dramas on the same time schedule.

"City Hunter" is popular among viewers as the story line consists of action, corruption in the army and registration fees for universities, bribery among members of parliament, embezzlement of government workers and other social problems.

Meanwhile, the last episode of "Romance Town" rated 14.1% which is 2.5% higher than the previous episode and its best number yet. MBC "Heartstrings" rated 5.6%.

""City Hunter" back and forth on 19%"
by HanCinema is licensed under a Creative Commons Attribution-Share Alike 3.0 Unported License.
Based on a work from this source