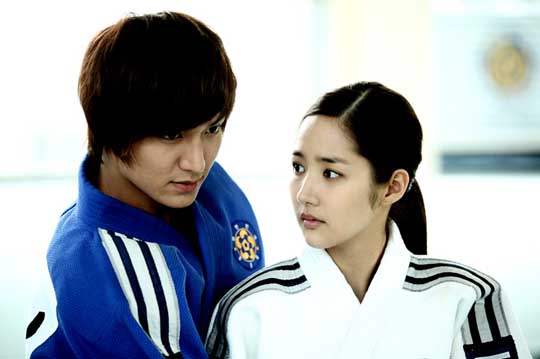 Jin Hyeok, who is producing the SBS drama "City Hunter" coming the 25th of May has been creating dramas with human love and impression such as "Painter of the Wind", "Shining Inheritance" and "Prosecutor Princess". These three have been acknowledged quality-wise and were very popular.

While PD Jin Hyeok is busy filming "City Hunter", he revealed his expectations and confidence in the drama.

"City Hunter" has a cast made up of national hot stars Lee Min-ho, Park Min-young, Lee Joon-hyuk, Goo Ha-ra and more. PD Jin Hyeok who has cast passionate and young actors and actresses, showed his deep faith in them. He especially showed endless support to Lee Min-ho, who is playing Lee Yoon-seeong, an MIT doctorate and the Blue House National Communications Team agent.

PD Jin Hyeok said, "Before I start making something, I spend some time with the actors and commune with them as humans. I managed to cast Lee Min-ho as the lead role after spending lots of time with him talking and persuading".

"Lee Min-ho is innocent and complicated at the same time and he has endless opportunities which I look forward to. As much as he is talented, I want to drag most of it out through this project".

"Park Min-young who is running the top layer of actresses is the mood maker of the set with her bright and boldness. Even when she didn't get the script, she chose to do the drama based on faith alone. I thank her for that. Lee Joon-hyuk as well, has been preparing well for "City Hunter" and has been faithful".

"It is the first time Goo Ha-ra is attempting a drama but because her character fits well with the character in the drama, I don't worry much. She is very passionate and I'm satisfied. I am grateful that I have actors and actresses who trust and follow me".

Meanwhile, "City Hunter" is based on a Japanese comic "City Hunter" and is based in 2011 Seoul and not 1980 Tokyo. This recreates the drama over a gap of 30 years and the Korean "City Hunter" will reset the drama according to Korean timing and atmosphere.

""City Hunter" producer Jin Hyeok, "Lee Min-ho is an innocent and complicated actor""
by HanCinema is licensed under a Creative Commons Attribution-Share Alike 3.0 Unported License.
Based on a work from this source