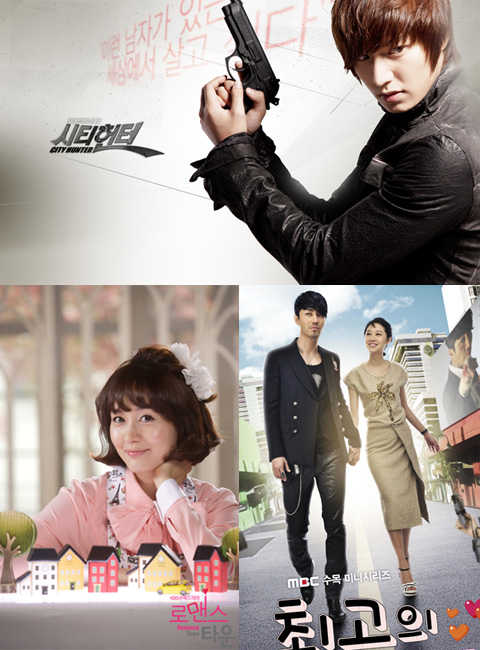 Amongst the three dramas on Wednesdays and Thursdays, "City Hunter" rose alone.

According to AGB Nielsen Media Research, the 3rd episode of SBS "City Hunter" rated 12.3% on the 1st. This is 1.2% more than the previous episode.

"The Greatest Love" showed amazing increase in rating after "49 Days" but stopped right at the foot of 20% when "City Hunter" started rising.

Based on a Japanese original, "City Hunter" is based on the 2011 Seoul and about the growing process of the main character who is a national communications agent by day and a private spy by night. The cast includes, Lee Min-ho, Park Min-young and Goo Ha-ra.

""City Hunter" rises alone"
by HanCinema is licensed under a Creative Commons Attribution-Share Alike 3.0 Unported License.
Based on a work from this source