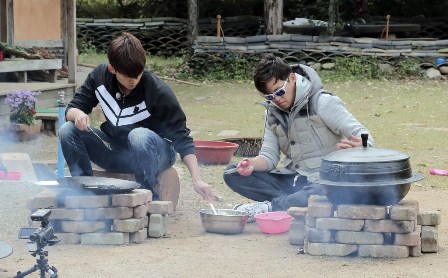 Discovering extraordinary formats from ordinary subjects such as food, singing, on-line games, and office life, CJ E&M presents a strong lineup of entirely new content that is making its international debut in Cannes.

"We are thrilled to bring such unique formats to this year's MIPTV. Now is the time for Asian formats to prove to the world that we have something different to present. Our fresh and new formats will meet the needs of all buyers", said Hwang Jin Woo, Head of Formats at CJ E&M.

UNSCRIPTED FORMATS
Three Meals a Day is a No, 1 weekend primetime show in Korea, having become the latest phenomenon in recent months. It is a cooking-themed reality show with 3S's (Slow, Simple and Self-sufficient) that people yearn for in their busy life. Main characters stay in a designated village or on a remote island for a few days, miles away from their convenient lifestyle, and are left with nothing else but to cook for themselves three times a day. Continuously breaking ratings records each week on the air, Three Meals a Day had peaked to 16.8% at one point, with Episode 5, in particular, reached an average rating of 14.2%. From the original creators of the international hit Grandpas over Flowers at tvN, Three Meals a Day invites viewers to experience the next funniest yet heartwarming reality of all ages. 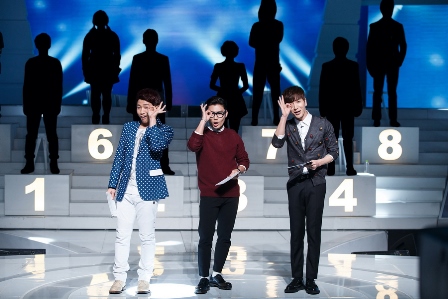 I Can See Your Voice is a new type of music entertainment format where contestants compete to prove that they have what it takes to be "recognized" as talented singers. Up to 8 contestants, who are either extremely talented in singing or tone-deaf, take part to convince a celebrity judging panel and a guest artist who, in the end, has to decide which contestant genuinely sings well, not lip-syncing or imitating the motions and gestures of a singer.

Broadcast on Korea's top food channel Olive, Dish of the Nation is the only cooking competition format that is localized to introduce indigenous dishes and culinary skills throughout various regions in one country. It will let viewers discover which region's symbolic recipe becomes the dish of the nation.

From START 'till CLEAR is an innovative game tutorial show for average players. As not everyone plays like god, a host and his friends play a new game every episode from the beginning until it is all clear. Viewers can immediately find straight reviews, tips and play guides of the game.

Let's Go Time-Travelers is a comedy reality show about going back in time to experience the real lives of our great grandfathers. Celebrities will find their roots and learn about the wisdoms of older generations, while stumbling upon the inconvenient lifestyle of the old.

SCRIPTED FORMATS
Korea's most sensational drama series of 2014 "Incomplete Life" (Misaeng) depicts the everyday lives of average office workers based on a popular webtoon about a failed professional Go player who ends up working at a trading company. As the lead character meets a charismatic boss, he struggles to manage daily tasks in the corporate world. Having set record high ratings and garnered extremely high attention from various groups of viewers, "Incomplete Life" has become a cultural phenomenon in Korea.

Propelling the "Muk-bang" (eating scene) TV trend in Korea, "Let's Eat" is a romantic comedy of singles who love to browse their favorite foods on the blog site "Let's Eat" to relieve stress from work. The main characters live alone in studio apartments, and as they get to know their co-workers and neighbors, they gradually learn how to build new relationships through food eating. The show inspires viewers to enjoy delicious meals and hunt them down in real life. Riding high on the success of Season 1, the second season of "Let's Eat" will premiere in April.

Musical drama "Sing Again, Hera Gu" shows lives of aspiring young musicians and their hopes to become K-Pop stars. Seven friends fail to qualify in a well-known singing competition, but they continue on with a journey to follow dreams while overcoming challenges with courage and passion, and of course sharing their passion for music.

"The Idle Mermaid" is a new fairy-tale-inspired drama about a mermaid who experiences life on earth for the first time, and her new life takes place in Seoul. Moving into a house with young job seekers, she struggles to find true love in order to become a real human within 100 days. The drama unfolds a unique plot and a creative satire that transcends genres.

The aforementioned lineup by CJ E&M will be exhibited on the stand #P-1 D75 at MIPTV 2015.