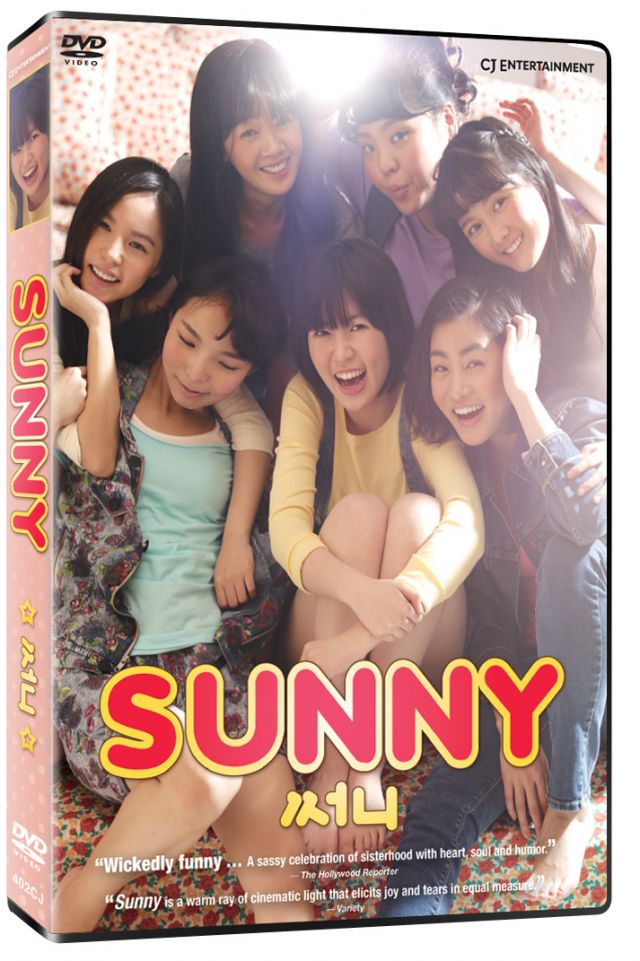 A Real Friend is Hard to Find ... Impossible to Forget

"Wickedly funny ... A sassy celebration of sisterhood with heart, soul and humor". - The Hollywood Reporter

""Sunny - 2010" is a warm ray of cinematic light that elicits joy and tears in equal measure". - Variety

"Poignant and filled with moments of tenderness, humor and warmth". - NYCMovieGuru.com

Seven, long-lost childhood friends come together once again in middle age, discovering that just maybe you can come home again, in "Sunny - 2010", reuniting on DVD Aug. 21 from CJ Entertainment America.

Na-mi fondly recalls her childhood pal Chun-hwa, who befriended her as the ostracized, new girl in school, welcoming her into a clique nicknamed Sunny". Together, they survive tumultuous '80s Seoul and vow to remain together forever.

Now a housewife with an ungrateful teenage daughter and trapped in a stale marriage to a wealthy but unaffectionate husband, Na-mi long ago lost touch with the six girls from whom she was once inseparable, torn apart by circumstance.

But one day – while visiting her mother at the hospital – she encounters Chun-hwa, who is now terminally ill. As the two renew their relationship and reminisce, Chun-hwa implores Na-mi to bring the scattered group together one last time.

Featuring an '80s pop hits soundtrack, this heartwarming film will alternately make you laugh and cry as these long-lost friends discover they can still change one another's lives ...

With an international box office gross of more than $51 million to date, "Sunny - 2010" enjoyed a successful U.S. theatrical release in 11 markets and won seven awards – including two for "Best Director" (Kang Hyeong-cheol) and one for "Best New Actress" (Kang So-ra) – at a variety of film festivals and award shows around the world.

Available to order from Amazon