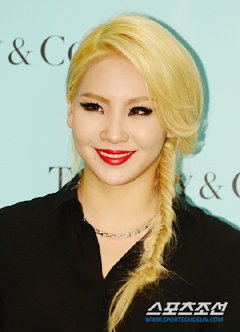 CL of girl band 2NE1 has been included on the list "10 new artists you need to know" by Rolling Stone on Monday. Other artists included Travis Mills, Halsey and Cold Beat.

"The self-proclaimed 'Baddest Female' is one of the buzziest female rappers in Korea", the U.S. magazine said. "CL is now taking her career solo stateside under the helm of Justin Bieber and Ariana Grande manager Scooter Braun".

But CL said she is more than just a rapper.

"I don't actually like calling myself a rapper", CL said in an interview with the magazine. "I'm more a performer. I don't like to box myself into anything because I also sing and I love to dance; I do everything".

CL humbly downplayed the impact her success might have on other K-pop stars looking to break into Western music.

"I don't want to take too much responsibility, where I'm like, 'Oh, I'm representing Asia'," she said. "I'd want to, of course, because I am Korean, and after Psy, there were no Asian artists out here doing music. I would love to represent Asian girls and be an example or an idol for girls [in the U.S.] That is my dream, but I don't want that to be my main goal. I just want to do something I love, and music comes first for me".