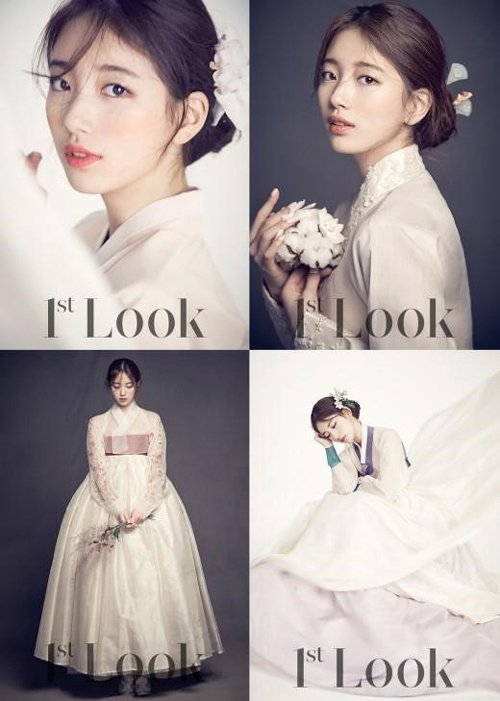 K-pop star Suzy dressed in traditional Korean hanbok for a photo shoot recently ahead of the release of her upcoming film "The Sound of a Flower".

The film is about the life of the first female singer of pansori or traditional Korean narrative song in the late 1800s when women were not allowed in the profession.

Her photos brilliantly depict her character, raising expectations for the film.

At a press event for the film at a theater in Seoul on Wednesday, Suzy said she learned pansori for a year in preparation for her role.

"I recorded the songs I sung during the lessons and listened to them every day", she said.