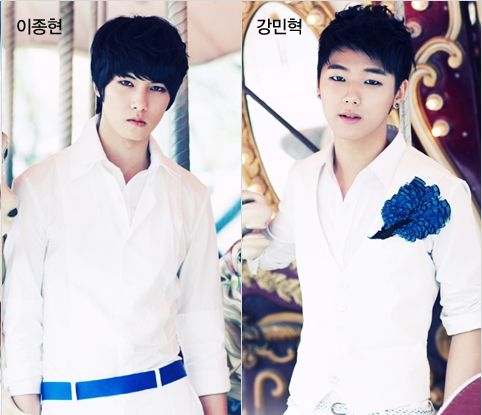 The boys' agency FNC Music announced through a press release Wednesday that the two will be at the opening ceremony for PIFF on October 7 with boy band 2AM member Im Seulong and actress Sin Se-gyeong who are co-stars from their omnibus movie "Acoustic".

They will also join in on the promotional event for PIFF the following day as well as holding interviews with media outlets.

Lee Jong-hyun and Kang Min-hyuk splashed onto the music scene as part of the four-member rock band CNBLUE, releasing two singles in Japan before their debut in Korea early this year.

They will be making their film debut, playing the role of two starving musicians who want to become famous in "Acoustic".

"CNBLUE members Lee Jong-hyun, Kang Min-hyuk to attend PIFF"
by HanCinema is licensed under a Creative Commons Attribution-Share Alike 3.0 Unported License.
Based on a work from this source