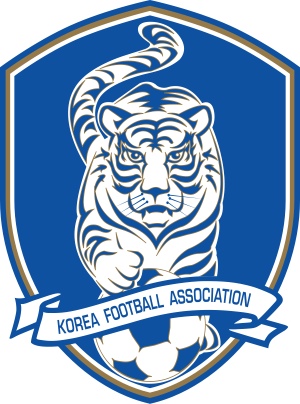 While preparing for the 1990 World Cup Italy, I visited Hyochang Stadium in Seoul as a trainer of the national soccer team to meet Hong Myung-bo, then a Korea University student, on a fall day in 1989. The national team had a weak defense line as key players suffered injuries. While searching for a promising player, I learned of Hong, and went there to see him in person. Evaluation by soccer experts was accurate. With outstanding sense in controlling the ball, Hong played as both midfielder and defender and displayed clever play. Because it was difficult to accurately evaluate through a single match, I immediately visited Korea Broadcasting System TV station and watched all soccer matches of Korea University team that Hong had played until then. Before long, I recruited him. This was the starting point of my relationship with Hong, the coach for Koreas Olympic soccer team who helped Korea earn the first bronze medal in its history at the 2012 Olympic Games in London.

Coach Lee Hoi-taek used three fullback defense players when he managed the national team for the 1990 Italy World Cup. Sweeper was the best position for Hong. In the beginning, he looked clumsy a bit, but completely settled at the position through the winter training camp for the year 1990. He then played all matches in the World Cup finals and started to emerge as flagship defender of the Korean team.

Hong is armed with leadership and strong charisma that overwhelms others. In addition, he has displayed strong capacity to build friendship and teamwork among players. Serving as coach for the Pohang Steelers team of the K-League pro soccer after the Italy World Cup, I recruited Hong. Before settling at Pohang in 1992, Hong completed short-term military service after graduating from Korea University. There were a number of players much older and more experienced than him, but I let Hong to serve as team captain, which Hong played a bridging role between his senior and junior players. That year, Pohang was the winner of the league. As Hong built up reputation, he was highly sought after by professional soccer teams in Japan. But Pohang still needed Hong. I strongly asked Lee Ku-taek, former Chairman of POSCO who was then head of the steel makers Pohang Works, to have Hong stay foot at the team. Lee thus made Hong the first ever professional soccer player earning 100 million won in annual salary.

In realty, I was faced with difficulty just because I trusted him too much. As the national team coach for the 2000 Sydney Olympics, I picked Hong as Wild Card. Ahead of the Olympics, however, he suffered injury at a friendly match against Nigeria. The team doctor said his injury was minor and Hong himself also said it was okay, and I let him continue to play. But Hong confessed to me Coach, I think I cannot play just one week before the event, and I had no choice but to replace him with Kang Cheol. Back then, the defense line had been formed with Hong as the focal point. After all, the national team was disqualified in the group qualifiers despite having two wins and one loss overall, because it suffered a crushing defeat (0-3) in the first match versus Spain. Ahead of the London Olympics last year, I told Hong with a smile, You should win a medal without fail if you are to repay your debt from Sydney", and he replied, I cannot forget that nightmare. The Korean national soccer team won the bronze at the London Olympics.

Hong is armed with all quality and qualifications that will enable him to spearhead the development of Korean soccer. He is so smart that he uses all his experience and difficulties for his own growth. Under the great coach Guus Hiddink during the 2002 FIFA World Cup Korea/Japan, he helped create legendary success of Koreas advance to the semifinals. He served as assistant coach for Dick Advocaat, nicknamed Small admiral, for the Germany World Cup in 2006. He continued relationship with Coach Pim Verbeek, one of the best strategists, from 2002 to 2008, which Hong could learn many things. Hong carefully analyzed words and acts of world leading coaches, and made all-out efforts to use what he learned to develop himself.

When leading the national team to advance into the quarterfinals at the under-20 World Cup in Egypt in 2009, and win the bronze medal at the Guangzhou Asian Games in 2010, he has displayed his own unique color. He showed strong yet brotherly charisma often times, and used strategy and tactic that generated capacity, good physical conditions and teamwork, and built up trust among players. With so-called Hong Myung-bos kids including Koo Ja-cheol (Augsburg) and Kim Bo-kyung (Cardiff City), he opened a new chapter in Koreas soccer history in London.

After the 2002 World Cup ended, Hong visited his alma mater Korea University, and gave a lecture. You will never seize whatever opportunity knocks on your door, unless you prepare yourself. Hong is fully "prepared Libero. Rather than being complacent with and pompous about environment and opportunities he had, he redoubled efforts instead. Now oblivious of the glory of success at the London Olympics, he continues to learn from his mentor Coach Hiddink. Korean soccer needs a leader who prepares for the future. Hong is a great asset for Korean soccer.

"Coach to open new chapter in Koreas soccer history"
by HanCinema is licensed under a Creative Commons Attribution-Share Alike 3.0 Unported License.
Based on a work from this source