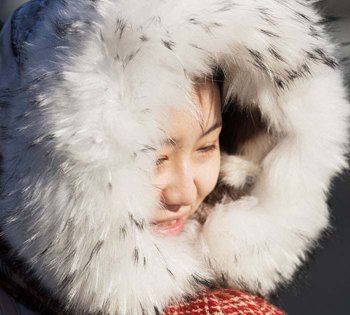 A cold wave swept across the country on Thursday, with the highest daytime temperature below zero in Seoul for the first time this year.

The chill will grip the entire country all day Thursday and snow will fall in some parts due to a cold air mass moving from the northwest of the Korean Peninsula, the Korea Meteorological Administration predicted on Wednesday.

Morning lows ranged between -11 and five degrees nationwide, with -5 degrees in Seoul, -8 degrees in Chuncheon, Gangwon Province, -4 degrees in Daejeon, and three degrees in Busan.

The windchill factor will bring temperatures further down Thursday as strong winds to blow in most parts of the country. Daytime highs will hover below zero in inland areas for the first time this winter.