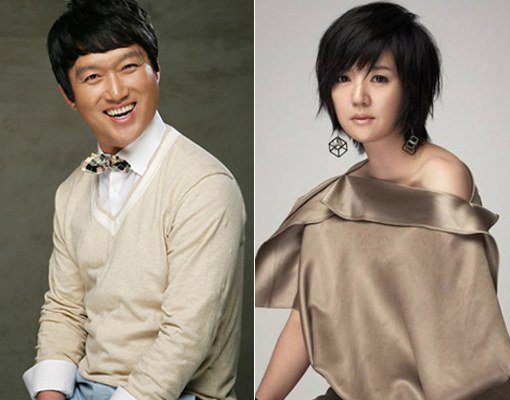 Comedian Go Myung-hwan and actress Im Ji-eun are getting married.

The two of them will be wed in a church in Gangnam, Seoul. Go Myung-hwan's agency stated that details are yet to be released. The two of them were reported to be seeing each other in July last year when pictures of them together were exposed. They met in 2012 and have been together for about 2 years. Go Myung-hwan has appeared in dramas like "Still You", "Glowing She" and others and Im Ji-eun is currently starring in MBC "Sly and Single Again".

"Comedian Go Myung-hwan and actress Im Ji-eun to get married"
by HanCinema is licensed under a Creative Commons Attribution-Share Alike 3.0 Unported License.
Based on a work from this source