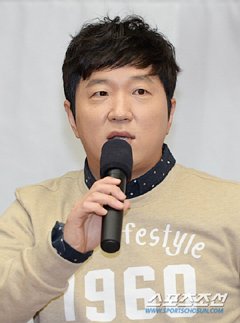 Jung's agency FNC Entertainment in a statement Thursday apologized to viewers and crew on his TV shows.

FNC said Jung's anxiety "has worsened recently and makes it difficult for him to host his shows. After talks with his co-stars, staff and the agency, he has decided to rest".

Jung has been a fixture on no fewer than four programs including the hit MBC entertainemnt show, "Infinite Challenge", and was set to appear in two more.

Anxiety can manifest in physical symptoms such as a racing heart, shakiness and headaches.

Jung admitted on TV three years ago that he was suffering from anxiety disorders and said he suspects it is due to stage fright.

On an episode of "Infinite Challenge" two years ago, the cast underwent a stress evaluation by a psychologist and Jung was diagnosed with the highest level of stress.

"He often broke out in a cold sweat on the set and took long breaks after being unable to concentrate", a source said. "I believe the symptoms got worse recently after his health deteriorated and he had to go to hospital with pneumonia".

British model Kate Moss and pop singer Adele have also said they suffer from the illness.