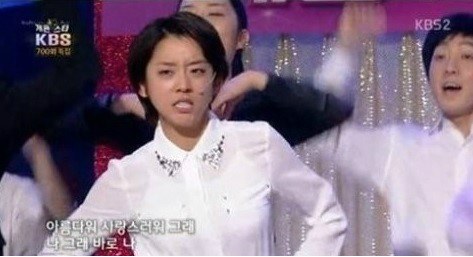 Song In-hwa who transferred from being an actress to a comedian, was arrested for smoking marijuana.

According to the Incheon Police, Song smoked pot in Korea and the States in June and July with her sister. The police had both the sisters brought in for questioning.

The police called upon Song twice for investigation and it seems like she has admitted to most of it. DNA tests also proved her positive for marijuana intake.

Song debuted with the 2005 movie "My Boss, My Teacher" and starred in KBS 2TV drama "Sharp 3", CGV "Little Mom Scandal" and more. She applied for a comedian test in April and was on her way to becoming a comedian.

"Comedian Song In-hwa arrested for smoking pot"
by HanCinema is licensed under a Creative Commons Attribution-Share Alike 3.0 Unported License.
Based on a work from this source