Comparison of American Remakes, "Entourage" and "The Good Wife" 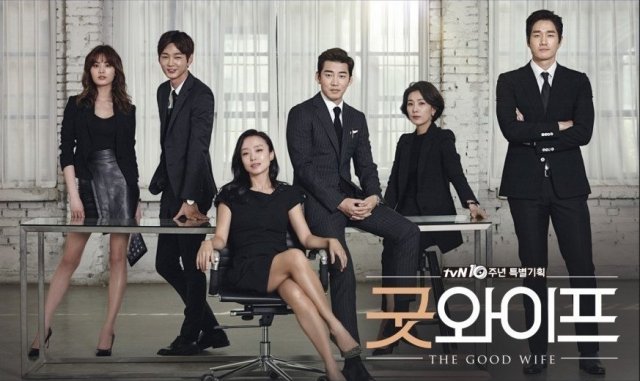 Japanese, American and even English dramas are being remade in Korea. However, as cultural differences are evident, failure to reduce the gap will cause them to be completely shunned.

"Entourage" was one of the first American dramas to be remade. It started off with a viewing percentage of 2.5%, then 1%, and finally 0%. The story of Yeong-bin, a rising star, his management director who went all-in on him, and Yeong-bin's friends who depended their life on the top star was portrayed by Cho Jin-woong, Seo Kang-joon and other big stars, but the drama failed miserably, even in terms of popularity.

At a similar time came "The Good Wife", which created completely opposite results. The drama tells the story of a prosecutor husband being arrested for a scandal and corruption, and his wife returning to her career as a lawyer to make a living. The Korean remake maintained the solid storyline of the original and maintained a steady viewing percentage of 6%.

It was the presence of sympathy that divided the two dramas into success or failure. There were concerns about "The Good Wife", because it was based on a provocative subject of a sex scandal, but it wasn't something that didn't exist in Korean dramas as well. It also convinced viewers with its subtle power relationships and legal thriller happenings within the law firm. The performances of Jeon Do-yeon, Yoo Ji-tae and Yoon Kye-sang added to the immersion of the drama as well.

"The Good Wife" production announced at the premiere, "We realized the original drama had Korean sentiments in it. Korea already has legal dramas and movies, and we didn't think it'd be alienated".

On the other hand, "Entourage" didn't consider that Hollywood and the Korean showbiz are completely different. The original drama is honest and bold about certain things, but this wasn't the case with the Korean "Entourage", which had a viewing age limit of 15 and under.

The latest works are trying to balance domestic sentiment and genre advantages.

"Less Than Evil", which is a remake of the English drama "Luther", emphasized on 'different but same'. The drama maintained the characters of the bad detective who would go to any lengths to catch bad guys and a genius psychopath who exchanges intimate feelings with him. The drama even took the risk of making things R-rated to bring out the advantage in the genre.

On the other hand, it added Korean sentiments with characters such as; rivaling detective Jeon Choon-man, a junior detective named Cha Seon-woo who is full of respect, wife Kim Hae-joon who is about to be divorced, and serial killer Jang Hyeong-min. These are all characters no criminal drama has.

The same can be said for the remake of "Suits", another American drama. The quick unfolding of the story and the density of the drama maintained the quality of the original, but added more Korean characters to make it appear more friendly. Ko Yeon-woo, who is a genius, appeared in the beginning of the drama as a valet, not getting the opportunity to prove himself, adding Korean color into the drama by relating to the youths of today. PD Kim Jin-woo-II said, "We decided to make our own interpretations and not just try to copy them. However, we couldn't go overboard, ruining the sentiments of the original, nor could we do it the other way".

"Life on Mars" is an English drama remake which maintained the original frame, but dramatized it so that the background was more Korean. "Life on Mars" reenacted the styles, music and way of speech of the 80s in Korea and this is one of the biggest reasons the drama was successful.

The importance of Koreanization can also be found in cases of failure. "Mistress", a mystery thriller about four women with secrets and the men who get tangled up with them, brought on the original feel of the drama, which led to failure. The importance of localization grows just by looking at this example. "Mistress" borrowed provocative materials such as infidelity, murder, and others, but failed to adjust to criticism. In particular, there were many comments about repeated bed scenes.

Remakes of the British and American are often made only for genre films. As the expression is more free, it is full of provocative and shocking materials. That's why we need to focus on localization.

"Comparison of American Remakes, "Entourage" and "The Good Wife""
by HanCinema is licensed under a Creative Commons Attribution-Share Alike 3.0 Unported License.
Based on a work from this source