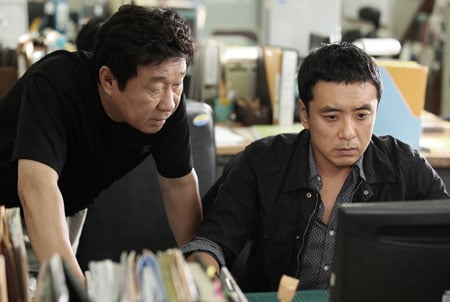 Detectives are a regular subject in movies. They are the same jobs but they play a variation in movies and the most loved subject matter by directors. This springtime brings many movies with the subject of detectives.

"I Am a Dad" (directed by Jeon Man-bae and produced by Cicada in Memory) lead character is detective Jong-sik (Kim Seung-woo). He is the best at connecting puzzles and doesn't hesitate to hold hands with the bad.

He has a daughter with a heart disease. He gets involved with crime to earn money for her medical expenses. The explanation for all his actions starts with the sentence, "I Am a Dad", just like the title. A person in the movie explains, "This movie marks the dot on the dad more than the detective. There have been many movies with motherly love but we want to show fatherly love is just the same". 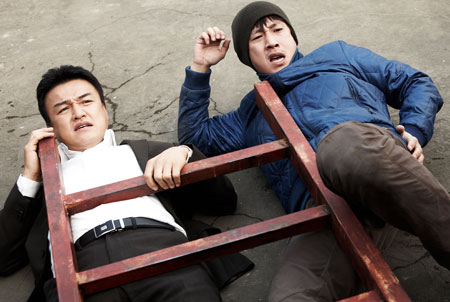 # "The Apprehenders" – who is best at capturing

"The Apprehenders" (directed by Lim Chan-ik and produced by Cinetion) is about the competion between two detectives with different tendencies, bringing up thoughts of "Two Cops". Former "Two Cops" Park Joong-hoon is actually one of the main characters.

With jurisdiction side to side, the Mapo and Seodaemun stations are always being compared. Team manager of Mapo station Hwang Jae-song (Park Joong-hoon) who is also known as the cheater, is best at capturing suspects first and asking questions later. New Seodaemun station team manager Jeong Eui-chan (Lee Sun-kyun) has the premium that he's from the police university. The two very different detectives have a showdown with the actual famous 'Mapo balbari' case. 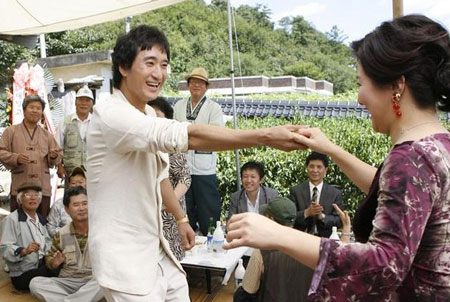 # "The Sin of a family" – detectives are humans as well

"The Sin of a family" (directed by Min Byeong-jin and produced by Cheonji, Mudense) is about a detective who is troubled between the responsibility of a detective and the reality of a father and son after discovering the unexpected suspect of a child's murder.

Actor Shin Hyun-joon plays the incapable detective who is always drunk. However, he soon falls into a dilemma after getting the decisive clue from the dead child's family. A person involved in the movie said, "It's not a simple investigative movie, but gives a message to the society which can't help but commit crimes".

"Corrupt detective vs dumb detective vs incapable detective"
by HanCinema is licensed under a Creative Commons Attribution-Share Alike 3.0 Unported License.
Based on a work from this source