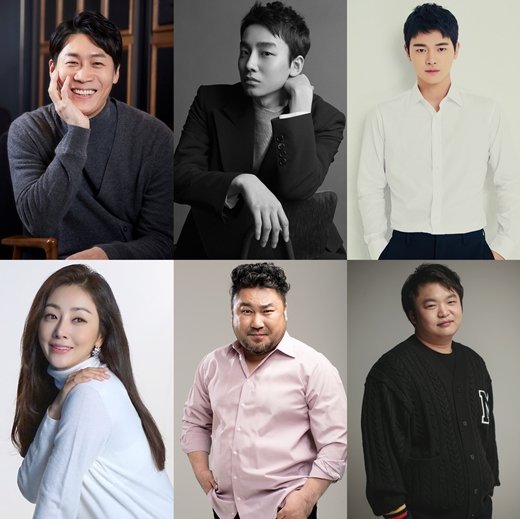 The upcoming film "Count" has confirmed its lineup.

The film "Count" is about Si-heon (Jin Seon-kyu), a former medallist who is now a troublemaker physical educations teacher, and Yoon-woo (Sung Yoo-bin), a natural born rebel, taking a satisfying whack at life.

Jin Seon-kyu, who has had continuous hits with "The Outlaws" and the ten million hit-maker "Extreme Job", tackles the role of Si-heon, a former medallist who is now a troublemaking physical education teacher. Si-heon used to be a national boxer, but after he retires, his stubborn and strong-headed personality becomes a burden on people. Jin Seon-kyu's Kyeongsang dialect and performance are expected to bring about a humane and fun transformation in his character.

In the role of Yoon-woo, a rebel who changes Si-heon, is Sung Yoo-bin, the new ace of Chungmuro.

Jang Dong-joo from "Class of Lies" takes on the role of Hwan-joo, who starts boxing because he doesn't want to become a gangster.

"SKY Castle" actress Oh Na-ra gets into the role of Si-heon's wife, Il-seon, who nags a lot, but is soft at heart.

""Count" Casts 6 Including Jin Seon-kyu and Oh Na-ra"
by HanCinema is licensed under a Creative Commons Attribution-Share Alike 3.0 Unported License.
Based on a work from this source