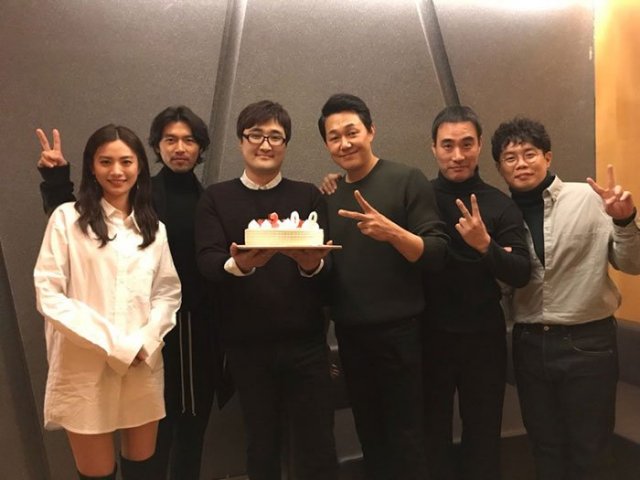 The cast and director of "The Swindlers" celebrate as the film hits the 2 million-viewer milestone on Wednesday.

Crime caper "The Swindlers" has become the top box office hit of the month, attracting over 1 million viewers in just four days and another million in the next four.

Since its release last week, the film has held the top of the box office and given movie theaters an unexpected boom after almost a year-long box-office slump.

Starring Hyun Bin and Yoo Ji-tae and directed by Jang Chang-won, "The Swindlers" is a crime caper about fraudsters teaming up to track down a notorious scammer.

"Crime Caper Takes Box Office by Storm"
by HanCinema is licensed under a Creative Commons Attribution-Share Alike 3.0 Unported License.
Based on a work from this source