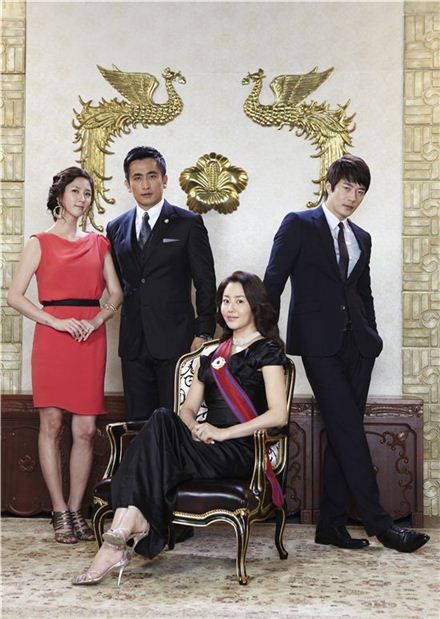 An official at SBS Contents Hub told 10Asia over the phone on Wednesday that they will provide real-time updates of the press conference, taking place at 2 p.m. at the Lotte Hotel in Jamsil disctrict of Seoul, on their Twitter account http://twitter.com/SBSNOW through photographs accompanied by subtitles in Japanese.

She also said that the official website contains an introduction of the drama's characters and a preview video of the first episode in Japanese as well, adding SBS will continue to provide Japanese subtitles for previews.

"These services are for the fans -- they will not be able to attend the press conference today nor have they been able to read articles related to the show", she explained.

"Daemul - Big Thing", based on a popular comic series, is about a gigolo played by Kwon, who helps a human rights lawyer played by Ko, to achieve her dream of becoming Korea's first female president.

Actor Cha In-pyo and actress Lee Soo-kyung will also appear in the series set to premiere on October 6.