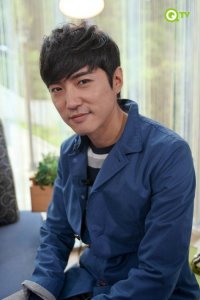 Having debuted on screen with film "The Longest 24 Months", former idol group g.o.d. member Danny Ahn is trying his hands at stage acting this time with a role in "Closer". Patrick Marber's most renowned work is about human relationship and communication as projected in the love and friendship of four men and women. The play has debuted in 1997, and has been translated in 30 different languages and performed in 100 cities worldwide.

Danny Ahn will play the role of obituary writer Dae-hyun, who loves two women at the same time. His character is very romantic, but also quite selfish in that he does not want to be the one getting hurt in a relationship. Ahn says it will take all his acting capacity to convincingly portray the complex emotional state of Dae-hyun.

"Closer" will start on March 28th at the Seoul Arts Center. Ahn's fans can also see him in "The Shanghai Brothers", an upcoming Korea-China collaborative drama produced by Dramax.