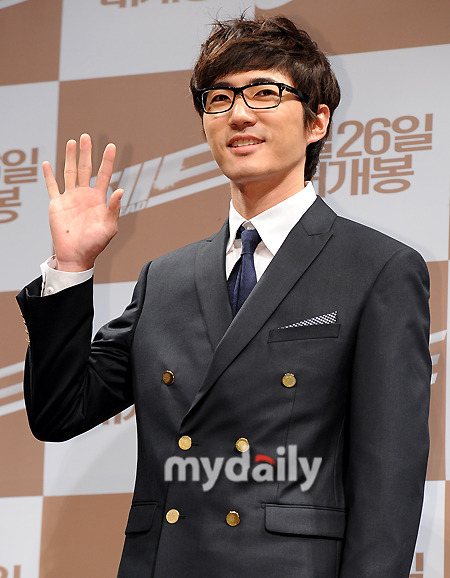 He will take on the role of Gye Dong-hee in Channel A drama "Goodbye Dear Wife".

"Goodbye Dear Wife" is a romantic comedy about a man who dreams of love again with his first love and asks for a divorce from his wife who is smart and has him by the reins. Ryu Si-won and Hong Soo-hyun will be playing the married couple.

Gye Dong-hee by Danny Ahn was Cha Seung-hyeok's (Ryu Si-won) trainer but is now a manager. He makes a lot of trouble and is always fighting with Seung-hyeok but they are the best of friends.

Adding to the fun of the drama with his personalized character, Danny Ahn's "Goodbye Dear Wife" will be aired on the 7th of May.

"Danny Ahn in "Goodbye Dear Wife" as Ryu Si-won's best friend"
by HanCinema is licensed under a Creative Commons Attribution-Share Alike 3.0 Unported License.
Based on a work from this source