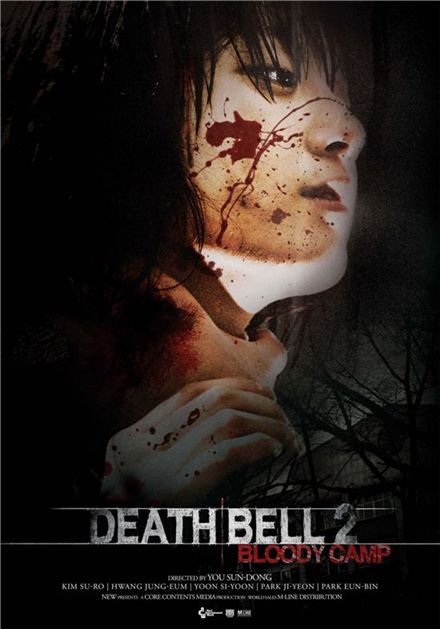 A Korean thriller tentatively titled "Death Bell 2: Bloody Camp" was presold to Taiwan and Hong Kong at the film market of the 63rd Cannes Film Festival, according to its production company Core Contents Media on Monday.

Core Contents revealed in a press release that after the poster and one-minute 30-second promotional trailer was shown at the film fest, Taiwanese distributor Catchplay and Hong Kong's One Dollar purchased the rights for "Death Bell 2: Bloody Camp".

An associate from Catchplay explained, "We bought the distribution rights to the film after watching the short promotional clip and we have high expectations for this horror movie".

Catchplay is well-known for buying U.S. romantic comedies as well as hosting film festivals aimed at introducing Korean films to its local audience.

One Dollar had previously acquired the rights of other Korean films including "My Girlfriend is an Agent" and "Take Off".

Core Contents went on to state that the company has received numerous inquiries for when the film wraps up production after its promotional clip was shown at several other film festivals.

"Death Bell 2: Bloody Camp", starring Kim Soo-ro and Hwang Jung-eum, is about a group of competitive students taking summer classes together who must try to save their lives in a deadly game.

The horror flick is set to open in local theaters during the last week of July.

""Death Bell 2: Bloody Camp" presold to Taiwan and Hong Kong "
by HanCinema is licensed under a Creative Commons Attribution-Share Alike 3.0 Unported License.
Based on a work from this source