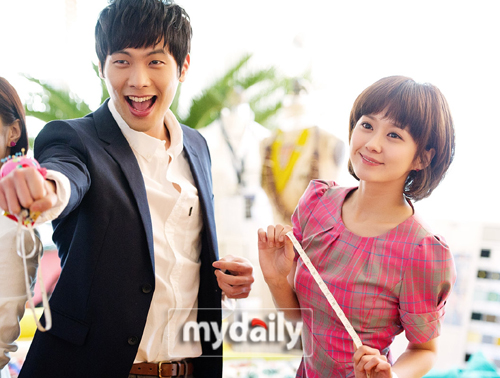 Jang Nara is looking forward to her 10th year anniversary since debut and she says thanks to fans.

She uploaded some writing on her homepage saying, "I bury my face in tears, it feels like the day I made my debut was yesterday but now 10 years have gone by. Nothing has changed but 10 years...To think about, there have been foolish, silly and useless happenings but the past 10 years have been great because of you fans and because of you I bravely walked through the 10 years".

Jang Nara has her 10th year anniversary coming up this 2nd of May. This day is also the first day of her new comeback drama "Babyfaced Beauty".

Jang Nara said, "I was surprised when I was offered the role for "Babyfaced Beauty" the first time. Coincidently it was scheduled for the 2nd of May too. As it is my anniversary date, to tell you honestly I decided I should do this drama before I even read the script".

She concluded, "The last 10 years, there have been many difficulties but now that I look on them I'm just thankful. I will continue to be hard working".

"Debut 10 years Jang Nara, "Nothing has changed...""
by HanCinema is licensed under a Creative Commons Attribution-Share Alike 3.0 Unported License.
Based on a work from this source