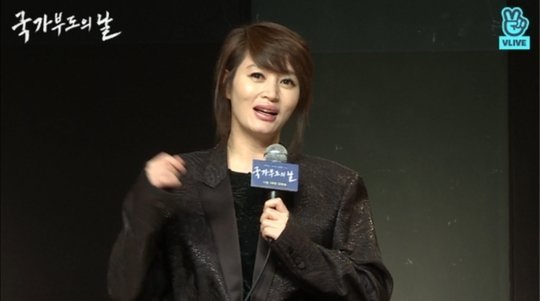 Kim Hye-soo memorized all the English lines for the movie "Default".

The live movie talk with the cast of "Default" was held on the 21st with directed Choi Gook-hee, actors Kim Hye-soo, Yoo Ah-in, Heo Joon-ho, and Jo Woo-jin.

Kim Hye-soo said, "There were a lot of financial terms that we had to memorize. It was very hard at first. It was my goal to minimize that work before I went to work".

MC Park Kyung-rim mentioned Park Hye-soo's English lines that were even difficult in Korean. However, apparently Park Hye-soo memorized everything when she went to work. Yoo Ah-in agreed and asked for applause.

Kim Hye-soo seemed shy and said, "I took the role of a financial expert to keeps analyzing financial documents. So many of the terms I had never even heard of before, even in Korean. I needed to be prepared".

She added, "The preparation time was about 5 months, but it took me about 4 months and 2 weeks to memorize all that".

Meanwhile, "Default" is about the untold story of the IMF negotiations during the foreign exchange crisis. Kim Hye-soo takes on the role of Han Si-hyeon, someone who foresees the country going into crisis and setting up countermeasures. 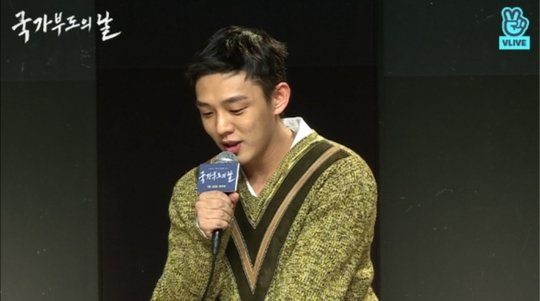 ""Default" Kim Hye-soo Memorizes All Her English Lines "
by HanCinema is licensed under a Creative Commons Attribution-Share Alike 3.0 Unported License.
Based on a work from this source