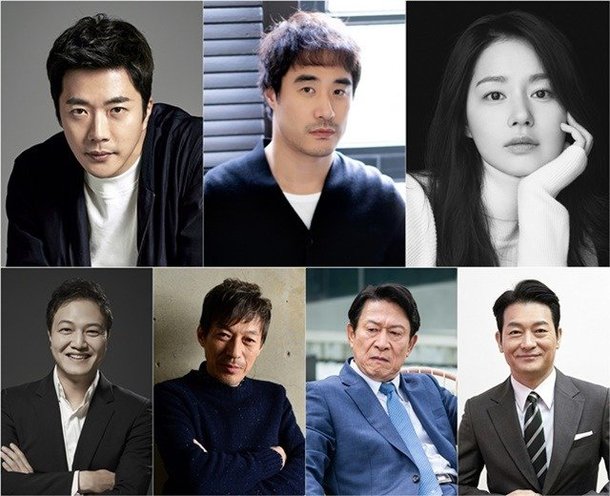 "Delayed Justice" spreads its story with a cast of creditable actors.

The new SBS drama "Delayed Justice" announced that the line-up is made up of Kwon Sang-woo, Bae Sung-woo, Kim Joo-hyun and Jung Woong-in. Moreover, Kim Kap-soo, Kim Eung-soo and Jo Sung-ha will appear as key characters who lead the drama.

"Delayed Justice" is the story of two men who represent the voices of judicial victims who are falsely accused. It is helmed by Gwak Jung-hwan who is responsible for the production of "Miss Hammurabi" and "Chief of Staff".

Kim Joo-hyun, who has the ability to digest any character, plays Lee Yoo-kyeong, a new reporter who is passionate about everything for the truth. She is Park Sam-soo's junior reporter, who is a quick learner, works with Kwon Sang-woo and Bae Sung-woo. Jung Woong-in plays Jang Yoon-seok, an elite prosecutor who succeeded in raising his status with his brilliant mind. There are some human aspects, but he is the incarnation of desire for success.

In addition, special actors appear as key characters to enrich the play. Kim Kap-soo will take charge of Kim Hyeong-choon, a veiled Korean legal architect and former prosecutor general, while Kim Eung-soo will take charge of Kang Cheol-woo, an icon of ambition who has risen from a slum to a position of mayor. Jo Sung-ha plays Jo Ki-soo, a Supreme Court jude who is respected by other judges.

"Delayed Justice" will premiere this year after "Alice".

""Delayed Justice" With Kwon Sang-woo, Bae Sung-woo, Kim Joo-heon and Jung Woong-in"
by HanCinema is licensed under a Creative Commons Attribution-Share Alike 3.0 Unported License.
Based on a work from this source