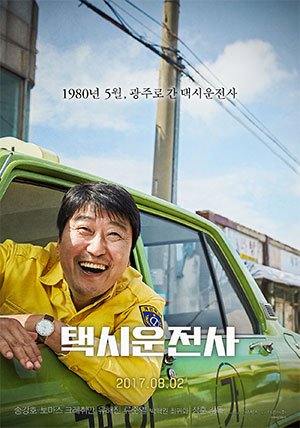 "A Taxi Driver" is fast turning into the summer's second major hit after "The Battleship Island", attracting over 3 million viewers in its first four days on the screens.

Much of its success is due to word of mouth, though it remains to be seen if it can break the 10 million barrier.

Starring Song Kang-ho, Thomas Kretschmann and Yoo Hae-jin, the film tells the story of a taxi driver who takes a German journalist to Gwangju during the democratic uprising in May 1980, unaware of the impending danger.

"Democratic Uprising Film Sweeps Box Office Over the Weekend"
by HanCinema is licensed under a Creative Commons Attribution-Share Alike 3.0 Unported License.
Based on a work from this source