"Descendants of the Sun" , "The wine kiss scene with Song Hye-kyo took a lot of work" 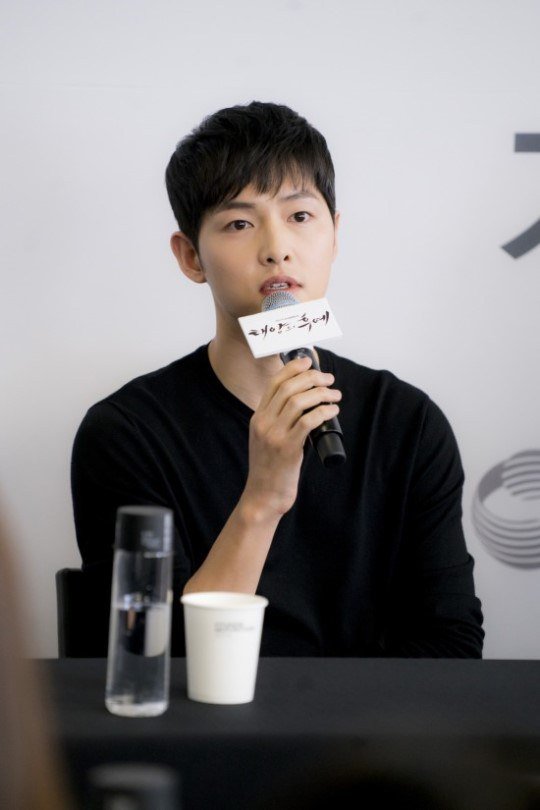 Actor Song Joong-ki talked about the wine kiss scene from the drama "Descendants of the Sun".

A press conference for the KBS 2TV drama "Descendants of the Sun" was held on the 16th with Song Joong-ki, Song Hye-kyo, Jin Goo and Kim Ji-won.

The wine-kiss took place in the fourth episode. Song Joong-ki said, "The director and myself put a lot of work into the scene. We didn't know how the public would react to the first kiss scene of the drama. We wondered if they would relate to Mo-yeon and Si-jin's emotions and we worried about the intensity of it. The flow turned out well and we were serious when we took the scene".

"Descendants of the Sun" is a human melodrama about soldiers and doctors seeking of love and success in a foreign land.

""Descendants of the Sun" , "The wine kiss scene with Song Hye-kyo took a lot of work""
by HanCinema is licensed under a Creative Commons Attribution-Share Alike 3.0 Unported License.
Based on a work from this source