"Descendants of the Sun" Kim Ji-won, "I thank Jin Goo's wife for being understanding" 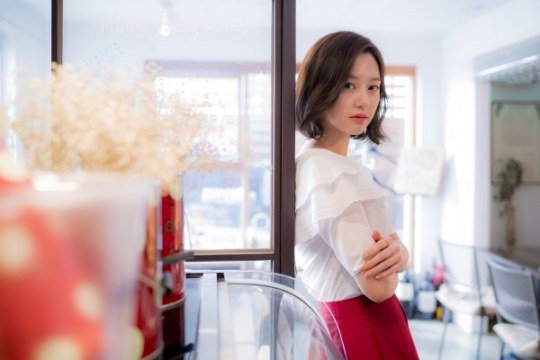 An interview was held with Kim Ji-won on the 22nd.

She's currently paired up with Jin Goo in the KBS 2TV drama "Descendants of the Sun". She said, "It's amazing. Usually people make nicknames with the names in the drama but this time they made us a couple nickname using our real names. I love the name Goo-Won Couple".

"There's more affection in Goo-Won than Song-Song. That's why I think we are so loved".

About Jin Goo, Kim Ji-won said, "When I heard who I was going to be acting with, I told myself I didn't even have to worry. I looked forward to meeting him and he helped me out a lot".

Kim Ji-won plays the part of Yoo Myeong-joo, an army surgeon out on dispatch and orthopedics specialist. She is the only daughter of the commander in chief of the Special Forces and she is in love with Seo Dae-yeong (Jin Goo), the Special Forces chief master sergeant.

"We joke around that our age difference doesn't mean anything. Jin Goo plays around with me to make me feel at ease and less nervous".

Jin Goo had a baby boy while he was filming "Descendants of the Sun" and Kim Ji-won presented him with baby clothes. "I worried because he was married. I would be annoyed if I was in his wife's position too. However, she supports us on the phone and she's very understanding".

"I spoke to her on the phone and she asked me to dinner one day with their son. She's very comforting and helped me not to worry that Jin Goo is married".

Has Kim Ji-won gone through such undying love before? "I don't think many people have. It's not easy giving up everything you have to risk everything on one person. I do want to experience it though".

Meanwhile, "Descendants of the Sun" is the story of success and love dreamt by soldiers and doctors in a foreign land.

""Descendants of the Sun" Kim Ji-won, "I thank Jin Goo's wife for being understanding""
by HanCinema is licensed under a Creative Commons Attribution-Share Alike 3.0 Unported License.
Based on a work from this source