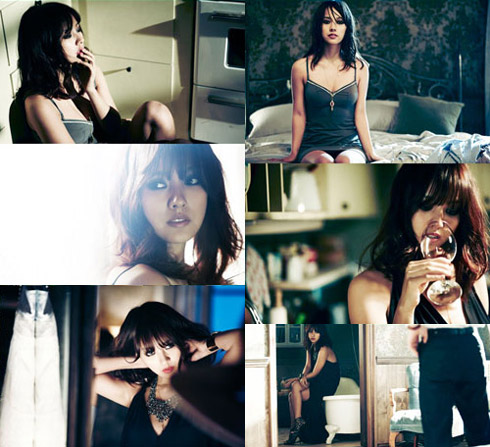 Lee Hyori's new look in SPICA's debut music video is attracting considerable attention. The singer, known for her sultry image, showed her support for the five-member girl group by featuring in the video for their first digital single, which was released last Friday.

Lee showed off her femme fatale charm in the music video by wearing heavy makeup and a slinky nightgown. The dreamy and forlorn look in her eyes also left a strong impression on viewers.

SPICA, whose name is an acronym for "Sonic Princesses Infinitely Creating Anarchy", share the same label as Lee, who is said to have had a strong influence on their look and style.