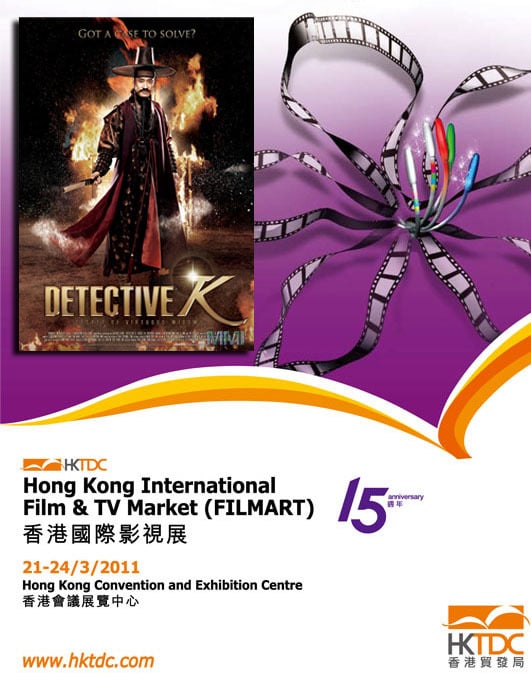 "Detective K" will be shown at the Hong Kong International Film and Television Market (FILMART). International distributor Showbox will screen the movie to prospective buyers and distributors on Tuesday, March 22.

The mystery-comedy film that tells about a great detective who solves the secret behind the biggest political scandal in the Joseon dynasty, is South Korea's highest-grossing movie in 2011. It has attracted more than 4.7 million moviegoers to date since its release in January 27. Acclaimed actor Kim Myung-min stars in the title role, under the direction of Kim Seok-yoon.

In February, "Detective K""s first market screening at the European Film Market in Berlin resulted to favorable responses from the international market. The United States, Canada, Germany, Austria, Switzerland, Luxembourg, Australia, China, Taiwan and Thailand acquired the rights to screen the movie. Negotiations are underway in other European and Asian countries.

Showbox is optimistic that the movie will also strike successful deals at the FILMART.

Now on its 15th year, FILMART is known as Asia's major entertainment industry market and one of the world's top three film markets. It runs from March 21 until March 24 at the Hong Kong Convention and Exhibition Centre. The event is part of the Entertainment Expo Hong Kong organized by the Hong Kong Trade Development Council.

""Detective K" screens at the Hong Kong FILMART"
by HanCinema is licensed under a Creative Commons Attribution-Share Alike 3.0 Unported License.
Based on a work from this source