"Detective K" takes the crown on its debut 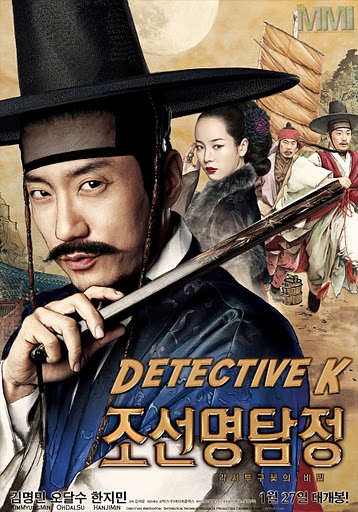 According to Korea's Nationwide Computerized Box Office Data System (KOBIS), "Detective K" had a total of 97,827 admissions taking 28.9 % of the moviegoers. Gulliver's Travels follows closely behind with 85,101 admissions and 25.2% audience share.

Period movie "Battlefield Heroes" is in 3rd place with 18.1% of the admissions, followed by baseball movie GLove, which is entering its second week with 10.9%, and finally Hollywood mystery-thriller film Shanghai rounds up the top 5 with 4.2%.

With the tight competition between the two leading comedy films which were both loosely based on novels, will "Detective K" keep the crown on? Which one do you think will the Korean moviegoers pick as their New Year's treat?