"Diary of a Prosecutor" Has Completed Filming in Tongyeong 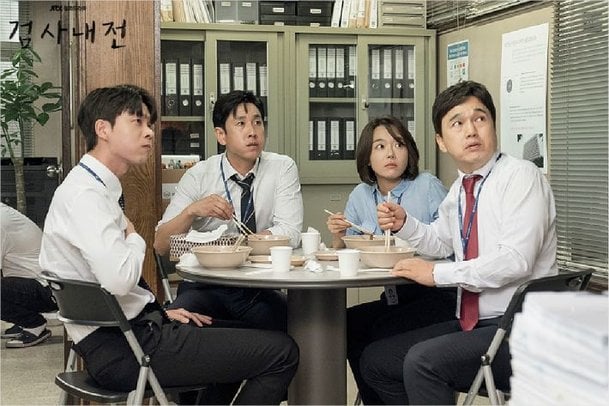 The jTBC drama "Diary of a Prosecutor" announced that it completed filming in Tongyeong.

"Diary of a Prosecutor" showcases many beautiful attractions of Tongyeong.

The imaginary city of Jinyeong is actually Tongyeong, known as 'the Naples of Korea'.

The drama was filmed there for 5 months since August last year and a total of 150 or so staff and actors resided there, bringing business to the area.

This opportunity also promoted various areas of the city and is also very helpful in attracting tourists.

The production stated it will link the filming locations of future dramas with tourism products.

"Diary of a Prosecutor" began on the 16th of December last year and it is about ordinary working prosecutors in a rural area and not the fancy prosecutors everyone imagines.