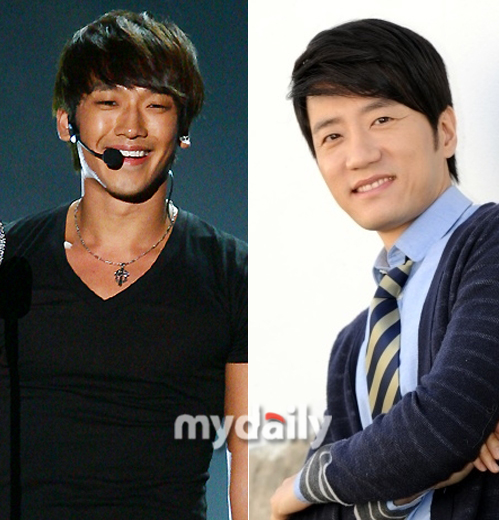 A statistics report by the National Tax Service at the beginning of this year surprised the public. It was that a entertainer's average income was less than that of an average office worker's.

The National Tax Office announced the average yearly income of a entertainer in 2009. The result was 24,990,000 won with actors and actresses in first place, then singers then models.

According to The National Tax Office, among this there was a difference in income according to the work type. Actors and actresses received a slightly higher income than an average office worker with 33,000,000 won a year, singers 25,000,000 won and models 10,000,000 won.

Regarding the models yearly income of 10 million won, several model organizations have started to think about support measures ever since the recent death of model Kim Yu-ri and the social wave that followed.

However, it is true that the Korean movie market, ranking about somewhere in the 10s worldwide in size, is in a poor enough state to be in a similar deal with the models.

As a result of the KOFIC and National Movie Industry Labor Union (NMILU) survey, about 5000 staffs that work in the movie industry receive an average income of 825 thousand won a month and 10,200,000 won a year for a single volume of production. Getting the same treatment as that of models, these movie staffs have got the Korean movie industry ranking in the 10s worldwide.

However even these jobs are facing the reality of the decrease of movies made domestically. The yearly employment rate of these staffs is 6.34 months on average. This means they spend a year and a half jobless.

There are also a great number of disbursements of wages. From 2004 to June last year, the number of movie staffs disbursement complains received added up to 3.8 billion won in total and out of 200 cases, only 79 of them were solved.

Besides a few, most of the movie men are sacrificing all because they just really like movies. Director JK Youn from "Haeundae" delivered the reality of the movies saying, "The job of a director is only a director and we are pretty much jobless if there is no movie to make. Only those who are crazy about movies are leading the movie industry in Korea".

Other than directors, there are continuous demands for improvement of their conditions from staffs in the filming, lights and computer graphic areas. Another movie director laid out an alternative saying, "Many movie staffs are working as free lancers but if they were to be hired by a production for a monthly salary and not work for a single volume of a movie, their problems of living would enlighten a little" but this hasn't been happening widely.

Not only that, storyteller of Chungmuro, director Jang Jin started a unique way of distributing profits with his movie "Quiz King - 2010" last year. It was to propose a partial profit share model to the staff and distribute according to the evaluation of the movie.

Director Jang explained, "I started this thinking, let's all think we own the movie and work together to create a good one".

Individuals are raising their voices like this but to widespread this kind of a plan, it's not enough for a single being to do. There are several movie makers all over and the reality is that they are suffering financial problems and if with no systematical regulations, there will be several cases where people get ripped off or not get paid right.

Those entertainer or model organizations that the public listen to are raising their own voices and suggesting measures to survive. However, the voices of those who only do their own work under the shade will only spread in the air. It is definite that there is a limit if the movie industry just keeps growing. Outstanding staffs are the wealth of our movies, therefore it is urgent for the government to suggest countermeasures.

"Did you know movie staffs receive 850,000 won a month? [Kim Kyung-min's Fair and Square]"
by HanCinema is licensed under a Creative Commons Attribution-Share Alike 3.0 Unported License.
Based on a work from this source