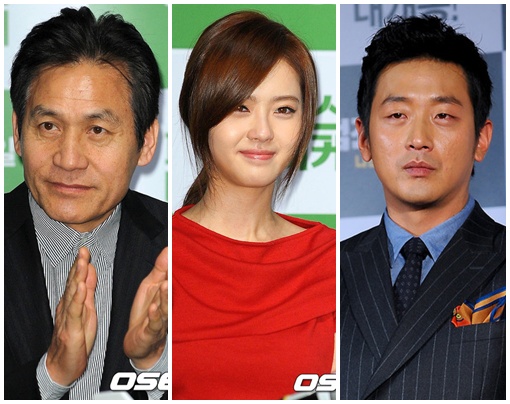 Some actors and actresses are feeling stressed about movies they star in that are released at the same time or just a few weeks apart.

"Pacemaker", with Ahn Sung-ki, Kim Myung-min and Go Ara and "Unbowed" are being released at the same time on January 19th.

Ahn Sung-ki was honest about this and said, "For the first time in my 55 years of acting I am going to experience two of my movies being released at the same time, but I can't say I'm happy overall. It's quite a sticky situation" at the press preview event of the movie "Pacemaker".

Go Ara, who plays a pretty pole vault athlete in "Pacemaker", managed to avoid the same situation as her family comedy with Park Yong-woo, "Papa - Movie", is being released two weeks after "Pacemaker".

But even though the movies are coming out two weeks apart, what follows are worries about the promotions and successful results.

Ha Jung-woo also has two movies coming out at the same time in February. "Nameless Gangster" with Choi Min-sik and "Love Fiction" with Gong Hyo-jin are both planned to be released in early February.

Actor and actresses who are caught in these sticky situations can't support any movie whole heartedly at once, although they've put in all their time and efforts in making them for a long time.

"Dilemma: shooting two movies at the same time?"
by HanCinema is licensed under a Creative Commons Attribution-Share Alike 3.0 Unported License.
Based on a work from this source