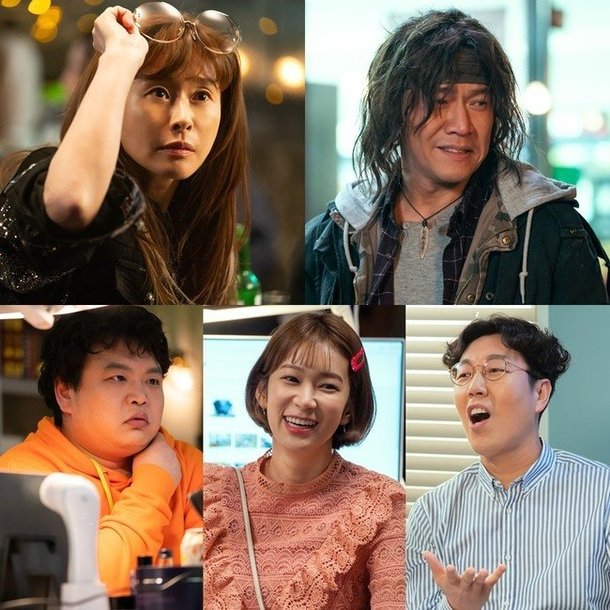 The masters of supporting roles are teasing some tremendous fun.

The new Monday-Tuesday drama "Dinner Mate" on MBC is about two men and women who have deteriorated their feelings of love, sharing dinner together, showcasing a delicious one-meal romance that makes them fall in love with each other's charms.

Ye Ji-won takes the part of Nam Ah-yeong, the CEO of 2NBOX. She prioritizes money over love and takes the lead in the battle for views in the creator world. She's always nagging Seo Ji-hye (Woo Do-hee) who has been hurt by her ex several times but actually, she's been supporting her from behind the scenes and is unexpectedly warm. Ye Ji-won will lead a cheerful atmosphere with her unique strong charm, while presenting chemistry with Seo Ji-hye to give the play a vivid boost.

Park Ho-san has made a strong impact by appearing as 'Keanu', an unusual homeless person in the neighborhood. He will start interfering in everything to do with Woo Do-hee, who he encounters in front of a convenience store, and show off his unexpected chemistry by making Do-hee bump into him with unexpected love insights. He has been recognized for his wide spectrum of solid acting skills and he shows off his unique and humorous charms to perfect his mysterious character. Indeed, it raises questions about his true identity.

Ko Kyu-pil, who plays the role of Park Jin-gyoo, the content producer of 2NBOX, is a loyalist of CEO Nam Ah-Yeong, but he portrays a sloppy character with clumsy aspects. With the actor's pure smile and affectionate acting, he will be 'Ko Kyu-pil's version of Park Jin-gyoo', which cannot be hated.

Comedian Kim Young-chul-I appears as a creator 'Foolman' to show off his sense of entertainment without a break in audio and deliver unforgettable fun. In addition, Oh Hye-won plays Im So-ra, an ASMR creator from 2NBOX, showing her unexpected charm by hiding her radical words and actions, unlike her innocent image on web video. The first episode will be aired at 9:30PM on the 25th of May.

""Dinner Mate" From Ye Ji-won to Kim Young-chul-I, The Supporting Cast Show Fun Synergy"
by HanCinema is licensed under a Creative Commons Attribution-Share Alike 3.0 Unported License.
Based on a work from this source